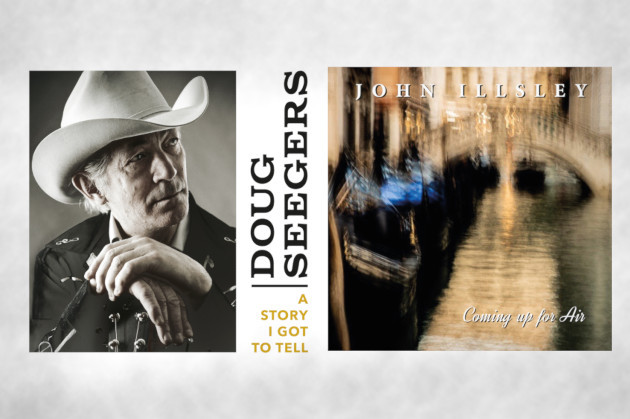 Doug Seegers, American by birth and a big star in Sweden, he has gold and platinum discs to his name, over 300 live shows to his credit and several successful album releases elsewhere.

A Story I Got To Tell features 11 tracks in all and is produced by the renowned US producer Joe Henry. The music encompasses country and blues, gospel, soul and rock…it’s a fluid and eloquent mix that shows just what an accomplished artist Doug Seegers is.

Dire Straits’ John Illsley knows a good tune when he hears it. ‘Coming Up For Air’ John’s ninth solo album, features seven tracks and has John’s trademark Dire Straits feel all over it.

Produced by Guy Fletcher, Steve Smith and John, ‘Coming Up For Air’ was recorded in Mark Knopfler’s studio.

For your chance to own Doug Seegers ‘A Story I Got To Tell’ and John Illsley ‘Coming Up For Air’ CDs; simply answer the question below:

Is it possible to release equity from your home...
Keep your immune system fighting fit
All you need to know about TUI River Cruises
Together we can rebuild lives
Exclusive active living for the over-55s