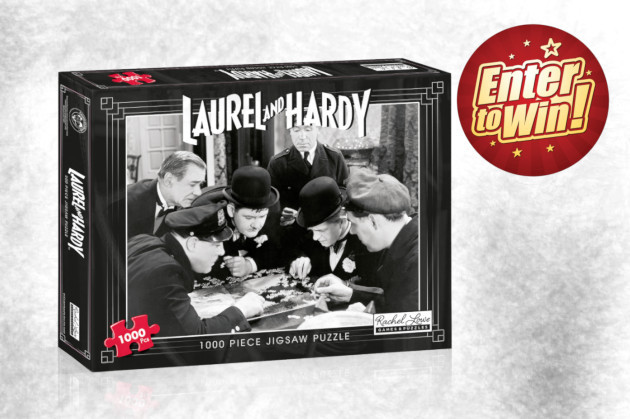 If you are looking for a puzzle that will test your perseverance and resilience, then look no further than the Laurel and Hardy 1000 Piece Puzzle.

Laurel and Hardy are known for their slapstick comedy. Becoming more well-known in the late 1920s, they appeared in more than 100 films together and are loved by many.

The Laurel and Hardy 1000 Piece Puzzle feature one of the most iconic images of the comedy duo – the pair trying to overcome their own puzzle dilemma. The image is taken from the 1933 film Me and My Pal in which Laurel’s character gives Hardy’s character a puzzle as a wedding gift. The two get preoccupied with the puzzle, as do a group of others, making Laurel late for his own wedding, much to the dismay of the bride’s father.

Give it a go if you are up for the challenge!

For your chance to win the Laurel and Hardy 1000 Piece Puzzle simply answer the following question:

Is it possible to release equity from your home...
Keep your immune system fighting fit
All you need to know about TUI River Cruises
Together we can rebuild lives
Exclusive active living for the over-55s