Michael Edwards continues his sojourn up the Danube as the A-ROSA arrives in the historical Hungarian city, Budapest. 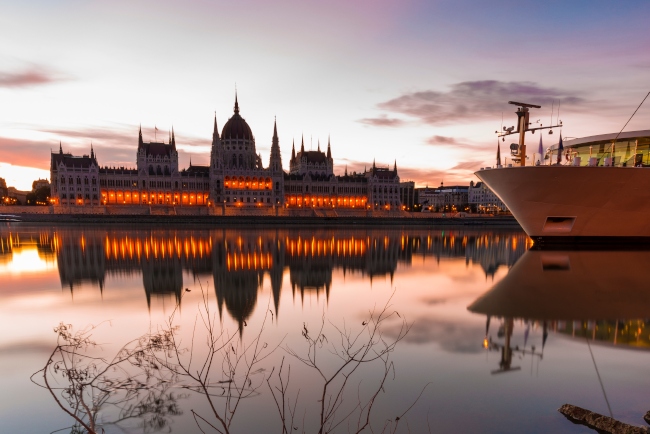 Having cruised through the night from Vienna, pulling back the cabin’s curtains, we wake to a different, dreamy Danube. Now it’s a silky river, wide enough for mid-stream islands, romantically topped by morning mists.

As we breakfast, with views across to the Visegrád Mountains, we pass the hillside Hungarian town of Visegrád. Once it was home to King Matthias’ summer palace, now it’s ruins are a fleeting sight on the scenic odyssey that is a Danube cruise.

Sailing into Budapest is the only way to arrive into a city with such dramatic skylines. With hilly Buda on the West Bank and flatter Pest to the east, the Danube is at the heart of Hungary’s capital. Perhaps the huge Parliament building, 258 metres long, is the most impressive landmark. It’s gothic facade, inspired by London’s Houses of Parliament at Westminster, is an important symbol of national identity for a Hungarian people who have been subjected to far too many invasions. 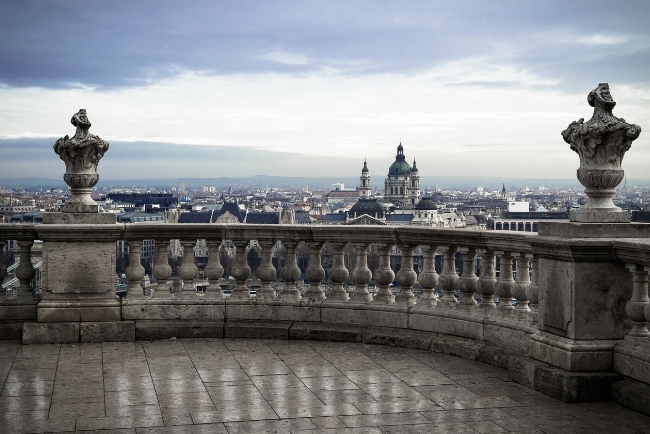 As soon as we dock some passengers disembark, heading for the metro, the oldest in Europe. Then cyclists, with bikes and helmets provided by the A-ROSA Donna, make their way along the riverbank. But the majority of guests wisely decide to take lunch before joining the organised coach tour of the large city that is Budapest.

First stop is at the huge statues housed on Heroes Square celebrating the leaders of the Magyar tribes who combined to form Hungary in 896. A millennium later, in 1896, the square was created and 96 is Hungary’s national lucky number. Even those Parliament buildings are 96 metres tall. 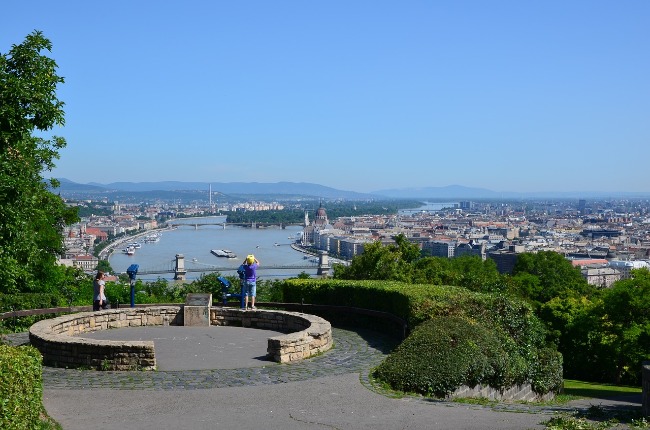 Then we head up into Buda’s hills for stunning views down over the Danube. Back in the 11th century, Gellért as Bishop of Csaná, may not have enjoyed the views so much. Local heathens, determined to resist the spread of Christianity, crammed Gellért into a barrel and sent him rolling into the Danube. Throughout Buda, the name of St Gellért is remembered and he has a spa named after him.

When the Ottoman Turks invaded in the 16th century they were delighted to find that there were 118 hot springs in Buda and they were able to build many hammams. Another legacy of the Ottoman occupation is the Hungarian’s love of coffee too. The Turk’s relationship with Christianity was less harmonious, showing little respect for Matthias Church, using it not only as a Mosque but also as a stable for their horses. Then the Nazis used the church as a base for their occupying troops during the Second World War. Today, in more peaceful times, the church is a favourite venue for weddings. From neighbouring Fisherman’s Bastion, there are iconic views across the Danube, either for the backdrop to wedding photos or selfies. 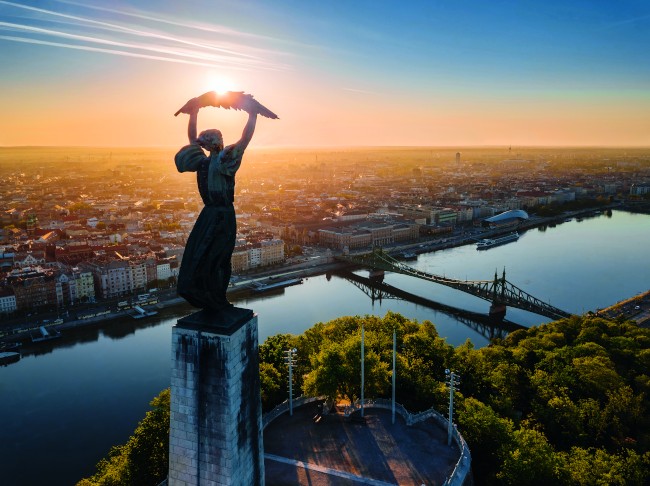 For our guide and most Hungarians, it is difficult to forget recent history. The Liberty Statue, topping the Buda hills, was built in 1947 by the Russians to commemorate lives lost in freeing Hungary from Nazi occupation. Yet, in 1956, 2,500 more Hungarian lives were lost in the uprising against the Russian occupation.

Our guide has memories of Soviet rule. “I remember being taken to watch the big May Day parades of missiles, soldiers and tanks. We were given free food and drink to keep us there longer.” The massive statues of Communist heroes such as Engels, Lenin and Marx have been removed from Budapest’s centre but they are preserved at Memento Park as a reminder of the oppressive nightmare of occupation. 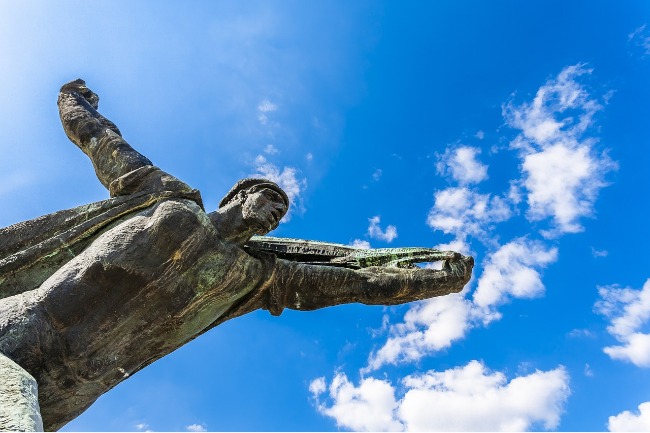 All too soon, it is time to return to the A-ROSA Donna, but Budapest is celebrated with a top-class Hungarian dinner buffet, with a goulash as just one of the options. Finally, if arriving in Budapest by ship is spectacular, then departing along the Danube, as the sun sets and the evening lights go on, is even more dazzling.

Images:  On; akos147; Daniel Olah all Unsplash; Benjamin Balazs and mkoziol both Pixabay