If you're worried that someone close to you is losing their memory, encourage them to see their GP 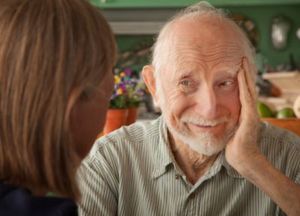 Talking to friends or family about their health can be difficult, especially if the topic is dementia. It is a tricky subject to broach but if you’re worried someone close to you is having problems with their memory, it could be one of the most important conversations you ever have.

Research shows around six in ten people with dementia in England are undiagnosed so it’s vital to be aware of the symptoms, and encourage anyone you’re concerned about to go to the doctor sooner rather than later. Receiving an early diagnosis is key - it enables people to understand their condition, access treatments that could help relieve their symptoms and gives them time to plan for the future.

The Department of Health, supported by Alzheimer’s Society, recently launched its ‘A Day to Remember’ campaign to raise awareness of the symptoms of dementia. Some of the first signs include finding it difficult to follow television programmes, having problems thinking and reasoning and regularly forgetting the names of friends and everyday objects.  If you spot any of these in someone close to you, don’t be afraid to talk to them about visiting their doctor.