Miracle cures and fad remedies, NHS Choices Behind the Headlines examines claims that beetroot can delay onset of dementia. 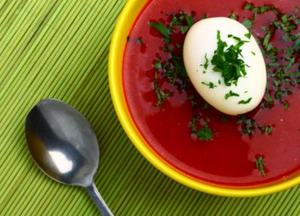 “A daily glass of beetroot juice could combat the onset of dementia among older adults,” reported the Daily Express.

This news story is a based on a small study in 16 elderly people. The participants were given either a diet that was low or high in nitrates over a four-day period. Nitrates are present at high levels in beetroot and other vegetables, and converted into nitrites in the body, a chemical that is thought to increase blood flow. The participants’ blood flow to different regions of the brain was measured on a scan.

This was a small study conducted over an extremely short time span. Its findings suggest that adults who eat a diet high in nitrates may experience an increased blood flow to certain areas of the brain within a short interval, compared with eating a diet low in nitrates.

However, this does not mean that beetroot juice, or any other food high in nitrates, can help prevent dementia or even improve mental function. To investigate the role of any food or supplement in dementia would require a far larger study, tracking people over a much longer time.

The study was carried out by researchers from Wake Forest University, Winston-Salem in the USA. It was funded by Wake Forest University and the National Institutes of Health. One of the researchers is also listed as co-author on a patent for the use of nitrite salts in the treatment of cardiovascular conditions. The study was published in the peer-reviewed journal Nitric Oxide: Biology and Chemistry. The press release reported that the university is currently looking into ways of marketing the juice.

The researchers say poor blood flow and a restricted oxygen supply (hypoxia) around the body are causal factors in many health conditions and may be related to the decline in physical and cognitive function as people age. Previous research has shown that the chemical nitrite can widen blood vessels and increase blood flow and, as a result, it is being studied as a possible therapy for a wide variety of diseases.

Levels of nitrite in the blood can be increased by eating foods high in nitrate, such as beetroot, as nitrates are converted into nitrites in the body. The researchers maintain that nitrite has been found to have health benefits including a reduction in blood pressure, improvements in gut health and better exercise performance. This suggests that dietary nitrate could help in conditions caused by reduced blood flow, including dementia and cognitive decline.

The researchers also point out that a major feature of nitrite’s ability to increase blood flow is that in conditions caused by hypoxia, it increases blood flow in the areas where oxygen is needed most.

This laboratory study tested the effects of two different diets on blood flow to the brain, in a small group of older adults. It had a ‘within subject’ design, meaning that each participant was given both diets and the effects on their blood flow from each diet were compared. This was a preliminary study, involving only five adults, and the aim was to test the time taken for a high nitrate meal to be converted in the blood to peak levels of nitrite.

The research involved two studies. The preliminary study was aimed at exploring when blood levels of nitrate and nitrite reached peak levels following ingestion of nitrate. After an overnight fast, five adults aged 70 or older were given a high nitrate breakfast, including 500ml of beetroot juice. Researchers then drew blood after 30 minutes and at one-, two- and three-hourly intervals to determine blood levels of nitrate and nitrite.

In the main study, the researchers recruited 16 adults aged 70 or older. People with certain disorders and taking certain medications were excluded. The participants underwent a 10-hour overnight fast before being randomised into two groups, with one group receiving a low nitrate diet on the first two days and the other group receiving the high nitrate diet. On days four and five the diets were switched around, with a 24-hour ‘washout period’ and a further overnight fast between the two treatments.

Both diets included breakfast, lunch, dinner and snacks and had the same amount of calories and other nutrients. The low nitrate diet consisted mostly of grains, meats and dairy products and was low in fruits and vegetables. The high-nitrate diet, which contained 150 times more nitrates than the low nitrate diet, included 16 oz (454g) of beetroot juice at breakfast, as well as bananas and plenty of leafy green vegetables like spinach and lettuce.

The researchers took blood from the participants to measure nitrite levels before breakfast and one hour after finishing breakfast on the second day of each diet. Following the pos- breakfast blood sample, the participants’ brains were scanned using functional magnetic resonance imaging (an MRI) to measure the blood flow to different regions of their brain. All these times were based on the results of the preliminary study, which indicated the peak levels of nitrate and nitrites in the blood.

The participants ate breakfast in the laboratory but were given their lunches, dinners and snacks to eat at home and were asked to keep a diet record. They were asked to record any foods they did not consume that were part of the diet and anything they ate in addition to the foods provided.

The preliminary study found that the high nitrate diet was associated with substantially greater levels of both nitrates and nitrites, which increased through the three-hour testing period.

In the main study, 14 participants completed the four-day trial. Consumption of the high nitrate diet led to substantially greater plasma nitrate levels, compared to the low nitrate diet, and increases in blood levels of nitrite. The diets were generally well tolerated, although participants reported the common side effects of drinking beetroot juice of red stools and urine.

The researchers say their results suggest that dietary nitrate may be useful in improving regional blood flow to the brain in older adults, in ‘critical brain areas known to be involved in executive functioning’.

This preliminary study had several limitations:

In conclusion, this study does not provide robust evidence that a diet high in nitrates aids cognitive function. Further research is needed in larger numbers of people over a longer period. Plenty of vegetables may be good for your health as part of a balanced diet, but whether or not beetroot juice can have a beneficial effect on blood flow remains to be seen.