Survey reveals 90% of optometrists believe there is vital link between diet and eye health. 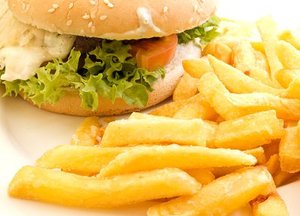 Survey reveals 90% of optometrists believe there is vital link between diet and eye health.

A nation-wide survey of optometrists conducted by Seven Seas Bilberry supplement and the Eyecare Information Service has revealed that an overwhelming majority of optometrists (90%) believe that diet/nutrition is crucial in maintaining eye health. With a staggering nine out of ten optometrists (92%) stating they would consider recommending food supplementation to their patients. Whilst many of us have been led to believe that computers and too much television gives us 'square eyes' and are bad for our mince pies but in the eyes of the optometrist they are the least of our worries. The vast majority (58%) attributed the general deterioration in eye health to poor nutrition above any other factors. This astonishing result shows the top four factors as:

The survey clearly shows just how important optometrists see the role of a good diet in maintaining eye health. While most of us are aware that we should be eating a balanced healthy diet for general health, many people do not realise that our diet is actually affecting our eye health. Over 50% of optometrists surveyed by Seven Seas Bilberry supplement confirmed that they did actually discuss nutrition and diet with patients who suffer from age related eye problems, such as age related macular degeneration (ARMD).
ARMD is the leading cause of blindness in the UK, and it is estimated that there are currently over 600,000 sufferers in the UK.
Optometrists see an average of 8 ARMD patients a week and almost half of the optometrists surveyed stated that they are in fact seeing an increase in this number with some seeing as many as 20 ARMD sufferers per week.

"The results of this research are very interesting, as they demonstrate a growing interest among optometrists in nutrition with regard to eye health. It reflects clearly the current thinking amongst optometrists that diet is important for maintaining healthy vision," comments Ruth Gans Cole, chairman of the Eyecare Information Service. Additionally, the research shows that many optometrists are interested in finding out more about the specific benefits of bilberry to eyes.

"It is becoming increasingly clear that there is a strong link between diet and eye health. For those people who suffer from eye problems, food supplements can be beneficial. I have personally found bilberry and antioxidants to be particularly helpful to my patients with eye conditions such as AMD and dry eyes," states optometrist Lucy McGregor.

"In the two years that I have been recommending bilberry to my patients with AMD, I have found it has made a difference to each and every one. In some cases, their sight is as good, if not better than before, and in others, the degeneration is markedly slower than would be expected. You just don't see the rate of deterioration that you would expect in normal cases of AMD," adds McGregor.

The Seven Seas Bilberry eye health survey has found that eye health is suffering because of a poor diet. Our eyes are irreplaceable and so it may be wise to consider taking a supplement, as the majority of optometrists surveyed would recommend. A specially formulated supplement such as Seven Seas High Strength Bilberry Extract with Pro-Retinol & Vitamin E can help those who are aware that they may not be eating a healthy well balanced diet.

Formulated to help maintain good vision, Bilberry Extract's natural botanical extract formulation includes a rich combination of highly
effective antioxidants - extremely beneficial in helping to protect the body's tissues against the damaging effects of free radicals. This is
achieved by increasing the levels of protective substances as well as encouraging more microcirculation in and around the eyes.

Bilberry's beneficial active substances are the 'anthocyanosides' and these also appear to act as antioxidants. Pro-Retinol is in itself a
naturally powerful antioxidant and a form of Vitamin A, helping to maintain healthy vision and Vitamin E is also an antioxidant, helping to neutralise free radicals to maintain cells and tissues in and around the eye area. Note to Editors: