Laurence Green lists the films to look at for at bfi London Film Festival 2019 in this preview of the 12-day screen extravaganza. 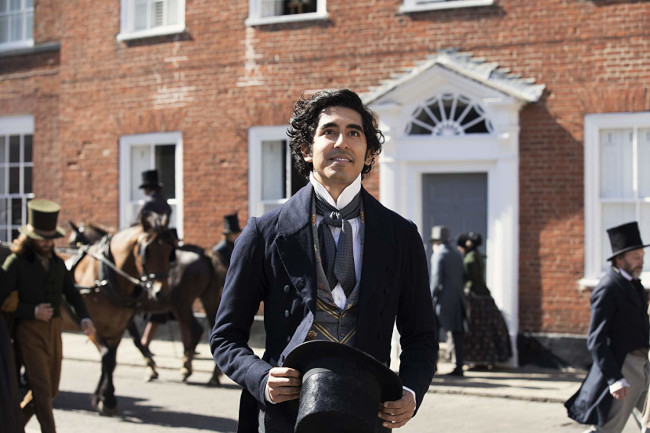 A total of 229 feature films from some of the world's greatest filmmakers and emerging talents, drawn from 78 countries, will be screened at the 63rd bfi London Film Festival which begins on Wednesday October 1 and runs until Sunday October 13. This 12-day festival, already a firm fixture on the movie calendar, will celebrate the diverse landscape of international cinema, showcasing films set to entertain, provoke, debate and tackle the urgent issues of our time. The festival, with 40 per cent of the movies this year directed by women, continues to act as a launchpad for debut fillmmakers, often supporting them throughout their careers, demonstrated by returning festival alumni at this year's event.

The opening movie is the European premiere of Armando (The Death of Stalin) Iannucci's The Personal History of David Copperfield. Adapting one of Charles Dickens's most beloved characters, Iannucci and regular co-writer Simon Blackwell have created a Victorian-set epic which nonetheless feels very modern. Following Copperfield from early youth through to middle age, the story traces his social awakening, charting huge ups and downs, as he witnesses the best and worst of humanity. The festival closes with the international premiere of Martin Scorsese' The Irishman, a grand scale epic, examining the influence of organiseed crime in post-war America. The film boasts a stellar cast including Robert De Niro, Joe Pesci, Harvey Keitel, Stephen Graham, Anna Paquin and Al Pacino. The master filmmaker here returns to the genre he has helped define with a mystery that has never been solved. 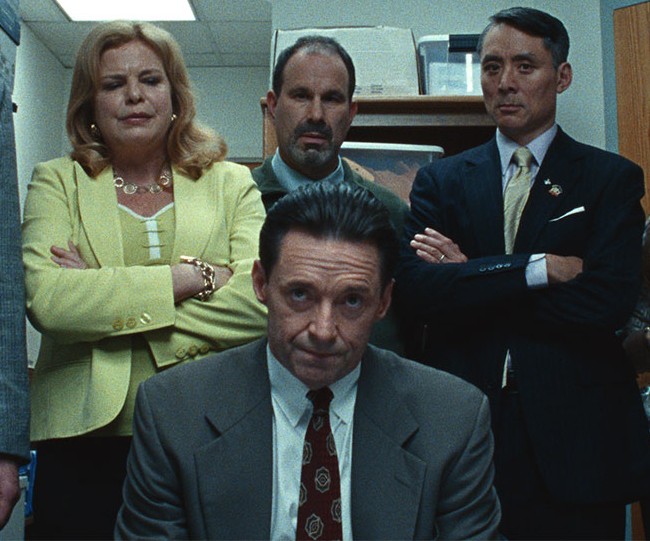 An embezzlement scandal that rocked the New York school system provides the fascinating theme of Cory Finley's taut and engrossing Bad Education (★★★★), based on a true story. In the early 2000s Frank Tassone (Hugh Jackman) was Roslyn, New York's charismatic school superintendent, delivering excellent academic results that caused property prices to skyrocket with a housing boom fuelled by parents' desperation to move into the school's catchment area. Along with his loyal deputy Pam Gluckin (Allison Janney), he could do no wrong. But then an enterprising student reporter uncovered some shocking secrets about the school's finances. Crisply capturing the early 2000s, the film shows a high school environment that isn't what it initially seems, powered by first class performances from Janney and Jackman, who bring a mixture of duplicity, charm and audacity to the movie.

If you thought the zombie genre of movies was exhausted, think again, as Bertrand Bonello's intriguing French language film Zombi Child (★★★) provides a realistic spin on the subject. The place is Haiti, the year 1962. A man is resurrected from the dead and forced to work on a sugar cane plantation. Clairvus Narcisse is trapped in perpetual night. Fast forward to contemporary Paris, Haitian teen Melissa makes her first friend in dreamer Fanny, who yearns for her absent boyfriend. Fanny invites Melissa to join a secret 'literary sorority'. But, while presentations on Rihanna keep their story firmly in the 21st century, something more ancient is at play with Melissa harboring an incendiary family secret. Although rather confusing at times, Bonello's fearless panache ensures that this intertwining of moods and eras works reasonably well.

An allegorical epic, penned by J M Coetze, is brought to life on a vast desert canvas in Ciro Guerra's uneven but stirring English language debut Waiting for the Barbarians (★★★). The Magistrate (gentle-voice and crinkly-eyed Mark Rylance) is the amiable face of colonialism, living in peace in an unnamed frontier town of  'the Empire' and pottering around with archaeological artefacts. But the lie that underpins the harmony is sharply exposed when Colonel Joll (a sinister Johnny Depp, sporting a strange pair of circular sunglasses that obscures both his eyes and emotions) rides into town and starts torturing the locals, seeking intelligence about a coming insurrection. The Magistrate, disgusted by the actions of his fellow army men, begins his own personal rebellion. Guerra here investigates the effects of oppression on indigenous communities, exploring the mentality of the oppressors themselves. The film has a rather leisurely pace  and could have done with more bite, but is beautifully shot in Morocco and Italy by Chris Menges. This, though, is Mark Rylance's film and he gives a mesmerising performance as a man who comes face to face with the machinations of power and is forced to reassess his loyalty to his nation as a whole.

If you can imagine the spirit of Mark Twain combined with the realism of One Flew Over the Cuckoo's Nest, you will have some idea of the flavour of Michael Schwartz and Tyler Nilson's The Peanut Butter Falcon (★★★★), which is the best film I have seen so far in the press previews. Zac (the empathetic Zack Gottsagen) is a restless 22-year-old with Down' Syndrome who has been placed in a nursing home by the state since has has no family and no resources. Frustrated by the slow pace of life and itching for some excitement, he dreams of becoming a pro-wrestler, obsessively watching a worn-out VHS tape of his favourite Lycra-clad hero, the Salt Water Redneck. Hatching a plan to meet his idol, Zac makes a break from his geriatric prison, with his worried carer Eleanor (Dakota Johnson) in hot pursuit. Meanwhile, struggling fisherman Tyler (Shia LaBoeuf) is on a mission of his own--to escape the clutches of a pair of angry crabbers, after unwisely messing with their traps. As fate brings these two accidental fugitives together, so begins the start of an epic journey and a profound friendship that will change their lives forever. This is a buddy movie with the quality of a fable and totally devoid of sentimentality. Refreshingly, unlike many disabled characters on film, Zac is not seen as a symbol created to be 'inspirational'. He's the protagonist, outspoken, strong, funny and vulnerable, and, I guarantee that Zack Gottsagen's winning performance will stir the heart of even the most steadfast cynic.

In my concluding article at the end of the festival, I will be reflecting on some of the highlights and selecting my choice of the best film overall.