A bright sharp and moving drama starring Paddy Considine as a boxer piecing his life back together. Laurence Green reviews. 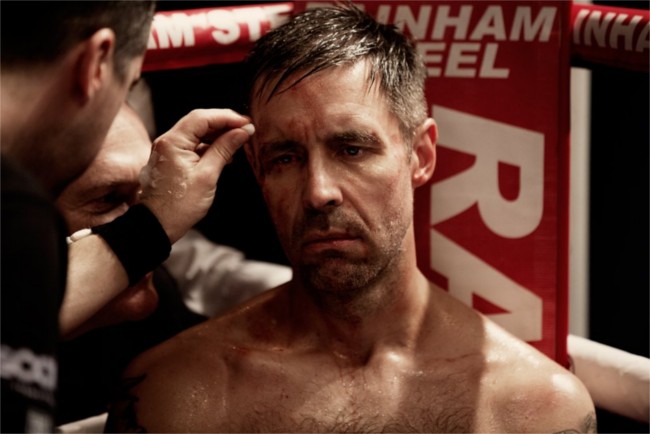 A British film which packs one hell of an emotional punch is how you could describe Paddy Considine's absorbing Journeyman (released on March 30).

The place is the Midlands, the time the present day. Middleweight boxing champion Matty Burton is nearing the end of his career. With one last final prize fight ahead of him, he prepares to take on cocky newcomer Andre Byte. Matty wins the fight on points but hours after the epic battle is fought, he collapses from a head injury received while in the ring and falls into a coma. When he regains consciousness, on release from hospital, he is a changed man: his memory is gone, his personality dramatically altered and his physical movements impaired. What was once a blissful life with wife Emma and baby Mia now becomes increasingly strained. Emma is now a carer for a childlike husband, whose frustrations manifest themselves in violence.  Consequently she leaves with her baby daughter. Matty must now attempt to rebuild his life and claw back the things he held so dearly.

What begins as a testosterone-fuelled ringside spectacle effortlessly shifts to an intimate character study, with excellent performances from Paddy Considine as Matty and Jodie Whittaker as the long-suffering Emma at its core, both of whom make this somewhat familiar story seem fresh and involving. The film is further enhanced by Laurie Rose's cinematography which delivers bright sharp visuals.

Even if you are not a boxing fan, you can't fail to be moved by this movie!

In cinemas nationwide from Friday 30 March 2018.