An enigmatic true original, Long Day's Journey Into Night is a film that will dazzle and baffle in equal measure long after the final credits have rolled. Laurence Green reviews. 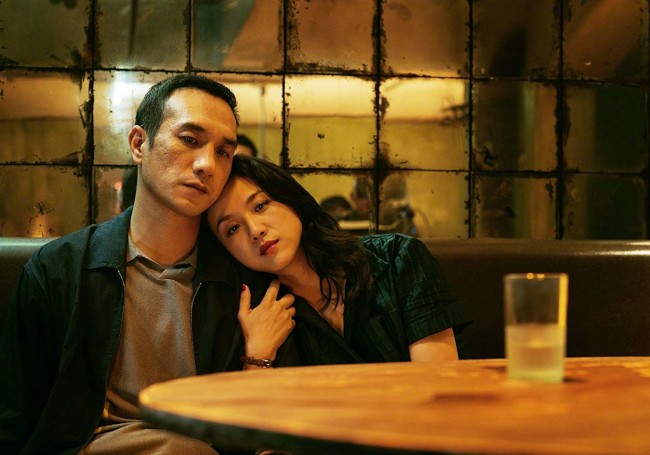 A sensuous, dream-like study of lazy memory, lost time and flight is provided by Bi Gan in his hypnotic and elusive Chinese movie Long Day's Journey Into Night (ICA).

Returning to his hometown of Kalli for his father's funeral, drifter Luo (Jue Huang) recalls the death of an old friend, Wildcat, and searches for his lost love Wan Qiwei who continues to haunt him and whom he can only vaguely recall. He remembers her in stages: each new place that he revisits--physically and in his memories--bring him closer to her, a woman who may or may not be the enigmatic Kaizen (Wei Tang). Or maybe her name is Qiwen like the movie star? It's hard to tell since time slips through Luo's fingers as easily as the rainwater that darkens Kalli's skies and then seeps into the foundations of almost every building. This is a city that's perpetually on the brink of collapse. How do the locals survive? Why is Luo so determined in his search for Kaizen?

This is a slow, fragmented puzzle of a movie which yields successive visual and aural delights and has a disorientating mix of flashbacks and flashforwards, leading the viewer on a labyrinthine nocturnal voyage. The film itself is defined by a bravura third act, one extended 3D take that stretches under tunnels, over streets, across zip lines and through the air, fracturing the woozy, melancholy, breaking it into fragments.

This, then, is a true original, a film that will dazzle and baffle in equal measure long after the final credits have rolled.