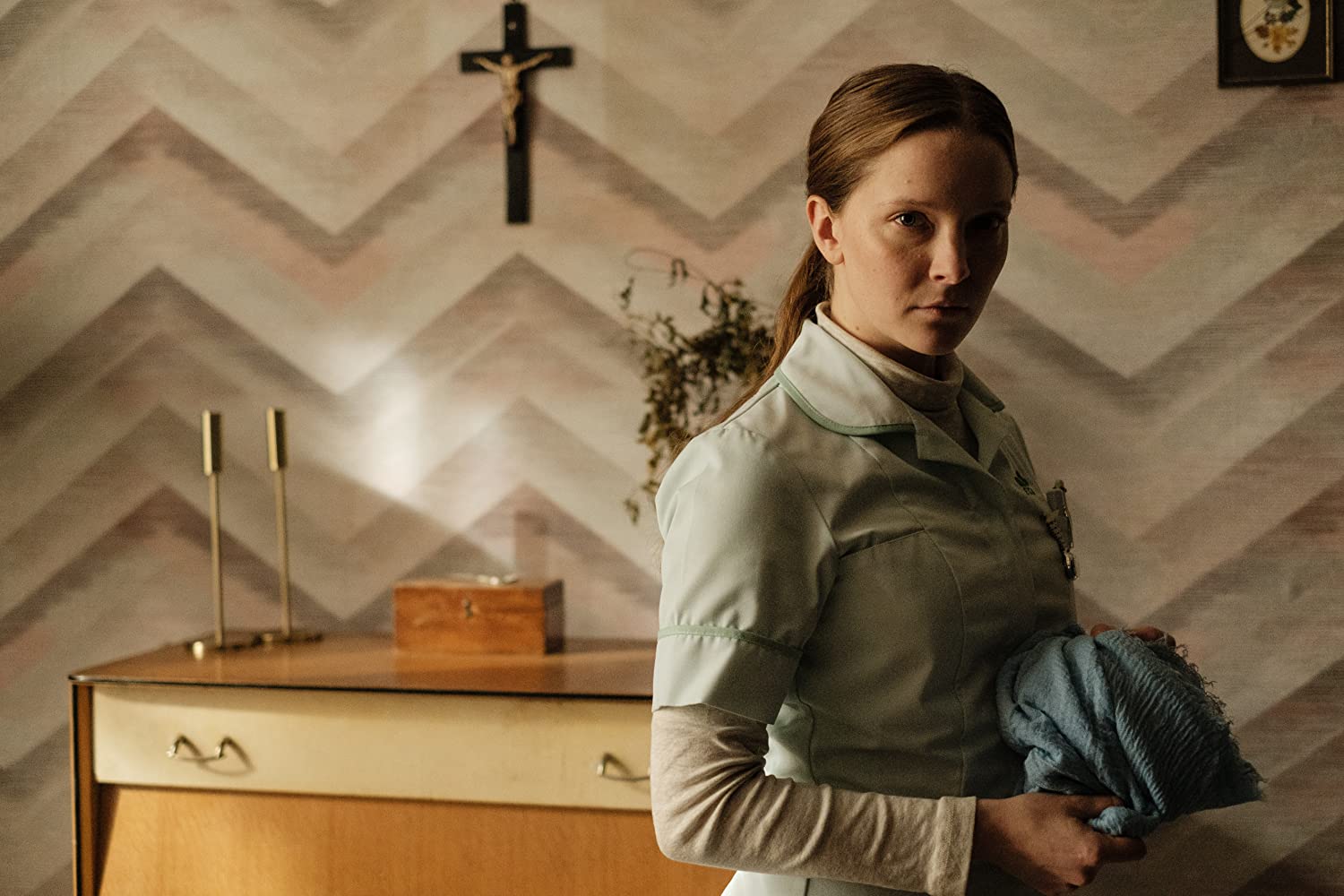 A mesmerising portrait of religious fervour and sexual awakening is provided by debut writer and director Rose Glass in  the stunning psychological horror movie Saint Maud (on nationwide general release).

The film focuses on a meek and mousey Welsh palliative nurse who wants to save the soul of a dying American dancer and choreographer. Elfin, pale Maud once worked for the NHS and is traumatised by an incident from her past. She has been assigned to look after glamorous Amanda, a 'minor celebrity' suffering from spinal lymphoma, whose mouldering mansion is nestled in the foothills of a seedy British seaside town.

The two women are fascinated by each other in a way that feels both familiar and shocking. A lonely, doggedly intelligent outsider is thrown together with a privileged hedonist who enjoys mind games, yet also needs something to believe in. Amanda toys with Maud, mocking her faith, a dangerous move as Maud's grip on reality spirals out of control and this triggers a spiralling descent into full-blown fire-and-brimstone psychosis.

This is a work which recalls such memorable movies of the past as Carrie, Repulsion and Don't Look Now, all of which are swirled in the mix. But Saint Maud is possessed by a thrillingly original gothic atmosphere all its own. And hold on to your halos, folks, because this bumpy body horror is not for the squeamish, and the very final shot is one that will haunt you for a long time afterwards.

The performances are spot on Morfydd Clark is a revelation as Maud, the religious zealot with eyes like two open wounds. Glass puts us completely inside Maud's warped worldview, yet also stands outside of it, examining it with scalpel-like precision, so that Maud's disintegrating psychological state becomes all the more disturbing. Jennifer Ehle (the former Pride and Prejudice ingénue) is in her element as the angry, cynical and cantankerous Amanda, whose friends think she's past it. There's good support from Marcus Hutton as one of Amanda's old friends, and Lily Frazer as Amanda's vivacious young female companion and lover Carol.

This is a searing study of obsession that truly breeds new life into cinema and the horror genre in particular.