Senior Facility is Forcibly Evacuated Due to Fire 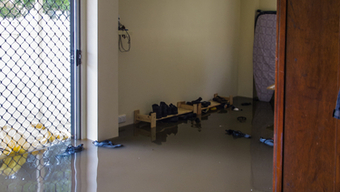 So many people fear fire, and naturally so

: it is an incredibly destructive force that takes absolutely no prisoners, and is not discerning in any way when it comes to what it destroys. Only recently, a Senior Facility in which many people over the age of retirement were living calmly and peacefully in San Diego had to be evacuated when a fire broke out, and fifty-five residents are now displaced because it is simply just not safe for them to return at this time until the fire damage restoration process has taken place.

The local firefighters had to be called when it was noticed on a Friday morning that there was smoke coming from a room that was on the fourth floor. Thankfully, they reacted quickly, and many other residents ensured that they and others were safely removed from the building while the firefighters ensured that there were no others left in the building. Tragedy could easily have struck when it was realised that there was actually still one resident that was within the fourth floor, but the brave San Diego firefighters acted quickly, and soon aided the man out of the building. Although not harmed too badly, he was taken to the UCSD Medical Center for a long over by the expert medical teams there, and for treatment for smoke inhalation.

Despite this quick and smooth transition of people to safety, after the fire was put out it was discovered that there was in fact a body still inside the building. This would have been very distressing to the residents of the block who had to be evacuated, but after further inspection and expert analysis, it was found that the individual actually died from natural causes, probably a day or two ago – something that is not uncommon in the Senior Facility, as many of the residents prefer to lead an independent life, and do not want to be watched continuously as though they cannot take care of themselves.

Now the process of assessing the fire damage and extent of the fire will begin so that the Senior Care facility can start to work out exactly how the fire damage restoration process can begin. Fire damage is often just considered to be about things that have been burnt, and while this is something that experts will look for, you will also need to ensure that the structure of the building is still secure, and that things such as wiring and electricals are still in working order. In many cases, it is the smoke and the ash, and not the flames themselves, that cause the most damage, and that is why the analysis can take quite a long time. After all, you would not like to miss anything and then have to go through the fire damage restoration process all over again.

In the meantime, fifty-five of the center’s residents who are not able to go back to their apartments due to the fire damage – and the water damage from the firefighters and the water sprinkler system – will be staying in  a nearby hotel until all of the damage has been repaired.

emergency repair services are vital in ensuring that safety is key.