Looking for recipes to inspire your family when it comes to Pancake Day? Read on for a selection of dishes to suit any palate. 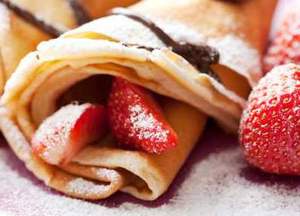 If you’re American, they’re what you eat for breakfast and while the French crave crêpes, nothing but pannenkoeken will do in the Netherlands. To most of us in the UK, though, the pancake is so flipping great, it has its own day once a year when young and old alike indulge.

Yes, we know Pancake Day is Shrove Tuesday and traditionally the pancakes used up the eggs before Lent, but that’s fairly boring. Much more exciting is that on Tuesday, even the most humourless among us will let down their guard, lob their food towards the ceiling and then eat a year’s worth of sugar and stodge in one sitting.

There’s nothing wrong with the traditional topping of lemon and sugar, but the recipes here will give you some ideas if you fancy being a little more flippant with your pancakes.

And if you want some food for thought as you mix, the first recipe for pancakes appeared in an English cookbook in the 15th Century. The first recorded pancake race was in Olney, Buckinghamshire, in 1445 and the housewives and young women of the parish will be running and flipping their way around the 415-yard course on Tuesday to keep the tradition alive.

Fortunately, they will not be using replicas of the largest pancake, made and flipped in Rochdale in 1994 – it was 15m across and weighed three tons. 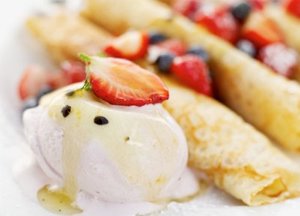 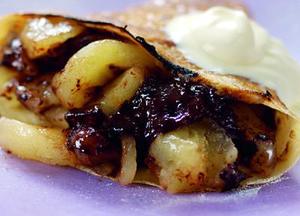 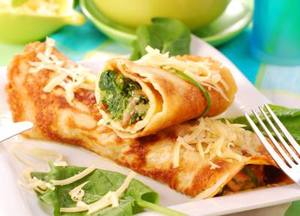 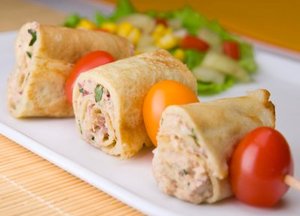 Do you have any Pancake Day recipes to share?