Spend half an hour jotting down what worked and what failed of your gardening year. It makes next year's planting and maintenance so much easier. 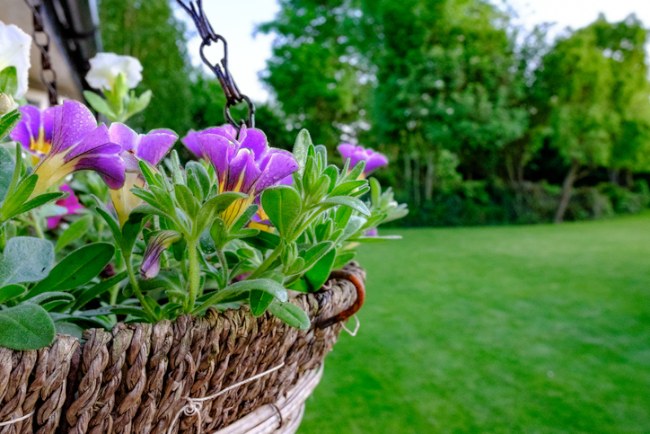 Yes I know, but it's only once a year and you can mark it yourselves. Get yourself a small notebook and go around the garden recording your successes and failures for next year. Most plants that are going to will have flowered by now and those that haven't are about to, so it's the ideal time to record what works in your garden and what doesn't, not forgetting where it works and where it doesn't.

Start with seasonal and annual plants such as those in containers, hanging baskets and the like. Look at your baskets and containers, note what you put in them and if they worked or not? I had one that was (if I may say so) just about perfect in the shade hanging from an apple tree and another that looks quite spectacular, but that's because it's been taken over by two Surfinia Petunias I put in it. The Pelargoniums in it can hardly be seen at all, so don't mix them again and next year, opt for a sunny position. 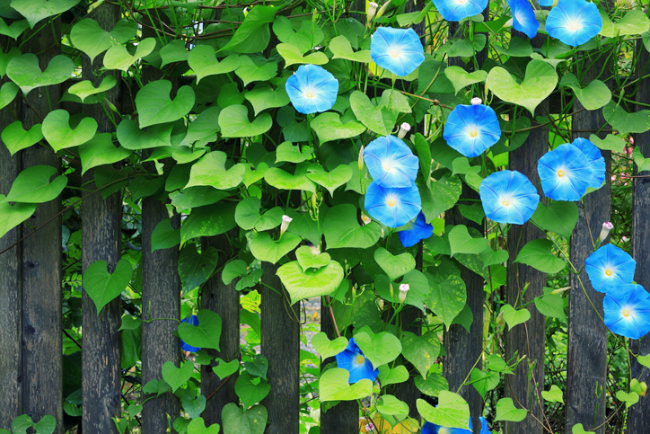 I had a particularly spectacular success with morning glory "Heavenly Blue."  I planted about four plants either side of the front door to grow over a framework of wires put there for the much slower Clematis and climbing rose coming one from each side. They've shot up the sides, met in the middle and have now covered a couple of rope "swags" I tied to the wires and then to just below the bedroom windows.

On one side the morning glory was in a large container.  On the other they were in the (greatly improved) soil shared with the climbing rose. The score? about 4:1 in favour of the container. Others I planted further out in the garden have been dismal. The doorway ones have given 70-100 flowers every day for weeks and I am getting a bit fed up with deadheading every evening in fact. 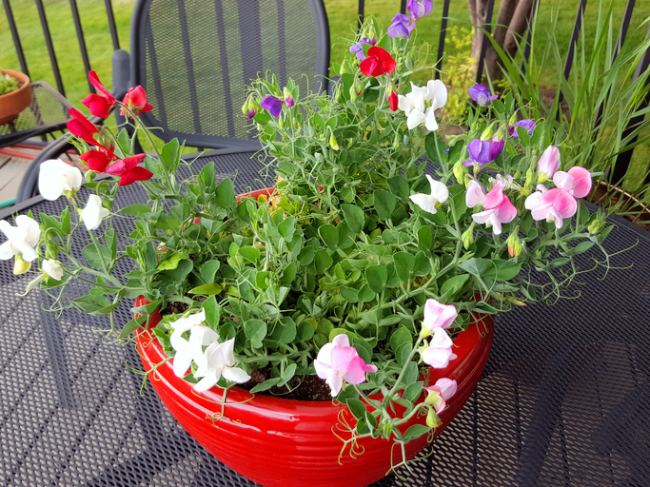 My sweet peas on the other hand have been a great disappointment. I hope yours were far better - although of course I don't really, I want it to have been the weather - no it wasn't it was me. I normally put them in a large container under planted with violas and they do splendidly. This year I used Lobelia "Cambridge Blue" instead and they were just too competitive for the sweet peas which I pulled out weeks ago now.

Speaking of Lobelia, they did really well in the semi-shade of an apple tree in a hanging pot on their own, better than in the sun. Another lot went into a large container under a fish pole bamboo Phyllostachys area which can more than look after itself.

It all seems so clear and obvious now, but I know that unless I write it down somewhere and refer to it at the appropriate time next year I'll have forgotten it all together. My "failures" were mainly the result of experiment, so I'll know not to try again. There's an old Chinese proverb "The path is known to each man by his finding it", so true, so true.