Lavender is so evocative of summer; it's a plant with a beautiful scent and intensity of colour - and it is so easy to grow. 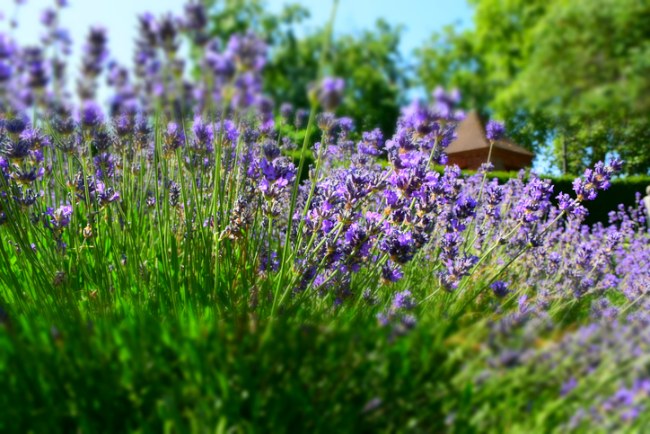 Like many herbs, lavender is native to Mediterranean countries and was introduced to the British Isles by the Romans (sometime before 4th century AD). Lavender has always been a popular plant medicinaly and cosmetically and is well adapted to chalky southern soils - but is hardy enough for most UK gardens.

You can use the flowers to make a fragranced bag or cushion to aid sleep or keep moths at bay, incorporate it into a shortbread recipe or Sunday's roast, but perhaps lavender is at its best in the garden, when planted where you will brush against it on a summer day and release its sweet scent. It will also attract bees and butterflies.

Plant lavender in the spring. It needs a sunny spot.

The soil must be well-drained, and neutral to alkaline rather than acidic, so clay soil is the least ideal, requiring lots of added grit and organic matter to make it work.

When you dig the hole fork the bottom to improve drainage. Water and drain the hole before planting and filling in - you may need to add grit. In containers use half and half gravel and multi purpose compost. Raise them during winter so they are not sitting in water, which will rot the roots.

Leave at least 16 to 18 inches between plants. They can be used for hedging. Choose smaller, less vigorous varieties for containers.

Water regularly during the first season. Once established, lavender does not need much water, in fact it is drought tolerant. Plants in pots will need watering however, but not much in winter. Soak and then allow to dry before watering again.

Lavender does not need much feeding - for the occasional feed choose a fertiliser high in potash for more flowers, not nitrogen or manure which will cause weak growth.

Dead-head the plants through summer. To ensure the bush grows dense instead of woody and produces more flowers next summer, prune hardy lavenders hard after they have flowered, cutting above the new green shoots. Tender lavenders flower throughout the year so need dead-heading frequently with hard pruning occasionally. 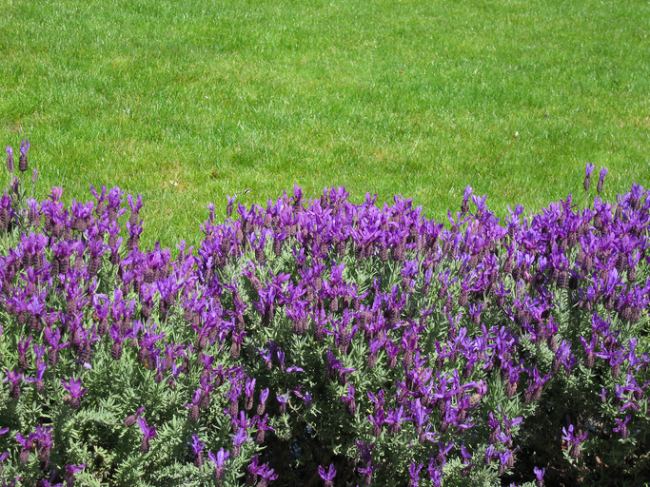 Hardy lavenders including 'English' angustifolia, lavandin intermedia or 'French' stoechas can stand temperatures down to -15°C. They can live over 20 years, although it's difficult to keep stoechas healthy this long, while tender varieties last no more than 5 years. They require temperatures of no less than 5°C, so need protection in winter - try growing in a container, or your conservatory.

To use the herb, dry the flower heads at the end of the summer. Harvest them just before they bloom fully and hang the bunches upside down somewhere dry and dark.

You can also experiment by collecting the seeds from lavender - but not the sterile hybrid lavandin - to grow. Garden centres and so on sell seed in packets for a more predictable result. If you just want more of the same plants it's easy to take cuttings - snip off a 2 inch green shoot, strip off the lower leaves and plant into sandy soil, keeping it moist and in a warm place.