Protect the plants and trees from pest and diseases with these helpful tips. 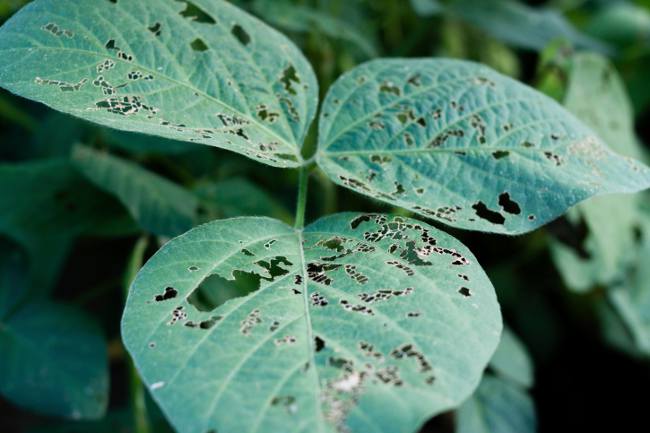 Attacks most stone fruit trees by invading through wounds on the bark. First signs are seen on the leaves - brown spots that turn into holes, causing premature leaf fall or - on the branches - shallow hollows that exude gum. No positive remedy, with trees recovering and becoming immune. Sensible precautions are not to prune in the winter and avoiding damage to the bark in any way. Bordeaux Mixture in mid-August by drenching the tree will help, with repeated treatments mid-September and October.

Is different from bacterial canker and affects most tree fruits, but most often apples and pears. Caused by wind-borne fungus invading natural openings or scars left by fallen leaf stalks and pruning. Sunken lesions appear on branches or main stems, surrounded by cracked or corky bark. If it surrounds the stem the branch will die. Prune and burn all branches. Affected larger brannches can have affected wood scraped away with a sharp knife, removing all parings. Paint wounds with a fungicidal paint. Canker is more likely on heavy soils where drainage is poor. Avoid crossed branches that rub - damaged bark facilitates entry of the fungus. The routine treatment where the disease is suspected is to spray with a systemic fungicide, as advised by a garden retailer.

Can affect other tree fruits but is prevalent on plums, especially 'Victoria'. Following a wound of some sort a parasite can cause a fungus to produce a toxic substance in the sap; the leaves develop a silvery sheen, caused by air in the tissues, and shoots die off progressively as the disease works back along the branch. As an infected branch thickens it will show a purplish stain in the centre when cut across and pruning away diseased wood is the first step to take, cutting back until an unstained cross-section is reached. Sometimes the bark of the tree, especially an older one, may bear flat, purplish fungal growths, usually on dead wood, and this must be removed for burning. The disease is incurable but can be halted by the above surgery and by treating exposed surfaces with fungicidal paint. If silver leaf has gone unnoticed until it has reached the main trunk of the tree then it must be dug out completely, root and all. There is, however, an optimistic note to be struck in that trees only lightly infected can sometimes throw off silver leaf disease, although dead branches will not, of course, revive and must be cut off and burnt. Plums, cherries and other stone fruits should not be pruned in winter when disease is more likely to enter through cuts, which is how silver leaf gets a hold, it is generally believed. Any fractured branch should be trimmed off neatly at once and the exposed surface treated with fungicidal paint. Branches which become heavily laden with fruit must be supported to prevent breakages that can let in disease.

Can occur when a young tree is planted in the soil formerly occupied by an older tree of the same species whose roots have been growing there for some years. The latter, before removal, will probably have got its feeding roots into fresh soil well away from the stem, leaving the ground in the middle impoverished or even infected. It is important to plant young trees in fresh ground, or at least to remove impoverished soil and replace it with top soil from another part of the garden which has not grown similar trees, perhaps with compost incorporated. It has been proved that most tree fruits and particularly apples can be affected by replant disease unless planted in fresh or sterilised soil. Various pathological suggestions for replant disease have been put forward, such as viruses, either soil-borne or transmitted by eelworms, but it is most likely to be caused by the microscopic, soil-inhabiting fungus Pythium. This attacks the root of a new plant faster than the plant can make new rootlets to grow away from it. Resting the soil is not the answer, as the fungus can remain in the soil for years.

Is a fungus disease of apple and pear trees, sometimes of peaches, which can affect both the leaves - which form dark, rounded, dusty blotches - and the fruits, which develop scabby cracks and blisters, usually only skin-deep so that they can still be eaten if peeled. Some varieties, notably Cox's Orange Pippin, are more prone to scab than others, especially if the soil is heavy and badly drained or manurial treatment is incorrect. A systemic fungicide spray, applied fortnightly from bud-burst to blossom fall, is an effective preventative measure. Young shoots can also develop pimples like blisters which turn to cracks and scabs; these and all affected leaves should be collected up and burnt during the autumn so that overwintering stages of the fungus are destroyed. A suitable spray programme should be followed the next spring and summer, following expert advice.

(Armillaria mellea) Is a root parasite that spreads underground from decaying tree stumps by sending out black rhizomorphs or 'bootlaces'. These infest living roots and eventually kill them. The fungus creeps up under the bark to look like fine-mesh black netting and wood so infected by the living spores of honey fungus is curiously luminous at night The rot is also spread by spores from toadstools with long yellow stems and honey-coloured caps with brown scales. If these are seen, start at once by removing completely the dead stump and roots on which they are living for immediate burning. Then fork outwards to pick up every bit of the fungus before it can spread further; although eradication is difficult it can be helped by sterilising the soil with a recommended specific.

Advice from the Gloucestershire Orchard Group.