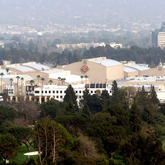 I was fortunate enough to land a part time job working as a darkroom accent for, Consolidated Film Industries in Hollywood. I got into the cinematographers department after joining the I.A.T.S.E. International Alliance of Theatrical Stage Employees, Moving Picture Technicians, Artists and Allied Crafts of the United States. I worked in the film industry throughout the late 1940s, 1950s, and 1960s, 1970s, 1980s and into the 1990s. I cannot describe days on the film set. After graduating as an electrical engineer from California Institute of Technology I was hired by Byron Haskin, ASC, and head of the Warner Bros. Special Effects Department on Stage 5 in Burbank. Since this was the largest such department in the movie business, I was able to work with some of the top cinematographers in the effects field, such as ASC fellows Edwin DuPar, Hans Koenekamp and Warren Lynch. When Warner Bros. purchased First National's studio in Burbank, California, I signed a contract and remained with the studio on and off for the next 40 years.

Where Do You Fit in the Film Industry? People that have worked in the motion picture industry. There are hundreds, sometimes thousands, of jobs associated with filmmaking, what did you do?

Hi John,
That sounds like a dream job to many people - though I'm sure there was very hard work involved. What films did you get to work on?