Next time you feel like complaining about your wrinkles or the ageing process consider the youngsters living with Progeria.

Ageing can seem daunting, but for most people we start to notice small changes in our thirties – perhaps a grey hair here and there, a change in our skin and a change in priorities? We expect it and we learn to deal with it. But what about the children who suffer from Hutchinson-Gilford Progeria syndrome – a rare, genetic disease that causes premature ageing in children.

Children normally begin to show the first signs of Progeria within their first year. The signs are very similar to that of ageing adults such as growth failure, loss of body fat and hair, aged-looking skin and stiffness of joints. As the child and the disease develop, children can start to suffer from osteoporosis and heart disease, many dying from heart attacks and strokes in their teens.

Dr Jo Bridger’s of Brunel University told me: “Research into Progeria will not only help us understand this devastating childhood disease and also normal ageing, that we all go through, but in addition may allow us to understand more about other diseases such as cancer where the same genes, proteins and structures are also affected.”

Brunel University have been working to look for new and better ways to treat children with Progeria. As an ageing expert I am planning to raise money to supply scientific equipment to aid the Centre for Cell and Chromosome Biology (CCCB) at Brunel University to better understand ageing cells in the human body.

Despite the huge problems surrounding the disease, children with Progeria are extraordinary. The children are often recognised for being intelligent, having gentle natures and being surprisingly upbeat. Next time we feel like complaining about our wrinkles, spare a thought for a child with Progeria who is ageing a lot faster than you probably are . 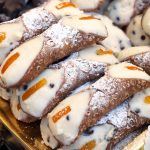 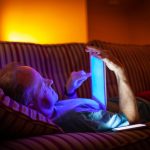