Your garden needs you! The worst of the weather has passed, so dig out the wellies and get down to early spring’s essential garden jobs.

Early to mid February is a pretty miserable time really, I’m sure that’s why Valentine’s day was put there to try and add some brightness to the gloom. No new growth to speak of, the evergreen leaves that there are, are looking pretty bashed about by winter winds and the frosts of which we have had many – and deep ones too. If you’ve had much heavy snow you may well have some damage to branches weighed down, even split or evergreens split through the foliage by the weight of resting snow.

But just as the proverb says “The darkest hour is just before dawn”, so here we are only two weeks later and there are loads of buds forming on shrubs. Some of the more enthusiastic ones in my front garden have an all-over bright green bloom when seen from a distance. Daffodils are growing in earnest, many of the flowering spikes are at the point where the bud goes from growing vertically to turning to face the crowd ready for the grand entrance. In more sheltered spots daffodil flowers have been out for a while now. My indoor hyacinths are now coming to an end, just one particularly magnificent bowl of four pale blues left, so the outdoor ones are starting to push up their flower spikes to take over the show.

I am so glad that I took the time to plant up some pots and bowls with hyacinth bulbs last September. It seems such a chore at the time and particularly when there are so many flowers around providing instant gratification. The idea of planning for a distant display when there is already so much around at the time makes it far easier to sit in the sun with a good book. I’m now looking forwards to my 2 huge bowls of oh-so-elegant pink and white lily flowered tulips to come. Like the hyacinths, they’ll be weeks ahead of those outside, longer lasting than cut flowers and far bigger and better than the smaller bulbs planted in too-shallow bowls that you can buy all over the place. Mine are mostly in deeper plant pots or similar containers. The extra root-run downwards seems to translate directly into extra flower spike height (and so more flowers) upwards.

March is when spring blossom – our compensation for enduring gloomy, wet winters – really gets going. The earliest flowering cherries in sheltered locations are opening now and fairly soon we’ll have blossom of pears, apples and plums. Many flowering cherries are actually rather vulgar – nicer in other peoples gardens than your own, (and like that rather loud but entertaining bloke at work or the pub, you enjoy the company in that situation but wouldn’t want him sat on your sofa). Cheerful bright pink cherry blossom on dismal March days with grey skies and drizzle coming down make it difficult not to admire them.

Best of all, the furry buds of Magnolias are full of promise preparing to burst open into the starry white flowers which look so beautiful against a blue spring sky.

I must also remember to go and cut some branches of pussy willow catkins to put into a vase, they remind me doubly of spring, of spring now, and of the spring time when I too was in my spring time.

It won’t be long before we start getting 12 hours daylight at the equinox, day length changes fastest at these times so in the next month we’ll be rushing from winter to spring. I saw some people out in the last couple of weeks mowing their lawns, which I thought was a bit over-zealous and rather too early. It’s not so bad now, but I’m going to wait until we’ve had a least a clear week of warmer temperatures with little risk of frost before I start – as it snowed last night that’s not likely to happen for a little while longer at least!

If you have any hardy container plants that you have propagated and intend to plant them out in the garden later, then now is a good time to pot them on into larger pots. Add about 25% by volume of sharp sand or fine gravel to the mix to help drainage. Our springs tend to be wet and compost alone can get very soggy and overgrown with liverworts. The sand and gravel also encourage a greater extent of roots that will stand the plants in good stead later on. By early to mid summer they will need either planting out or potting on again, this time into 100% compost.

If you buy any small potted hardy shrubs or perennials, it’s also a good idea to grow them on for a while by potting into a larger container and placing it in a warm sunny location. The other school of thought on this says that plants should establish themselves better if planted small, this is true, but they can also sometimes get overwhelmed by weeds and this is often the most important factor. I grow them on until they comfortably fill a 2 litre pot, then they’re about ready to go into the garden. 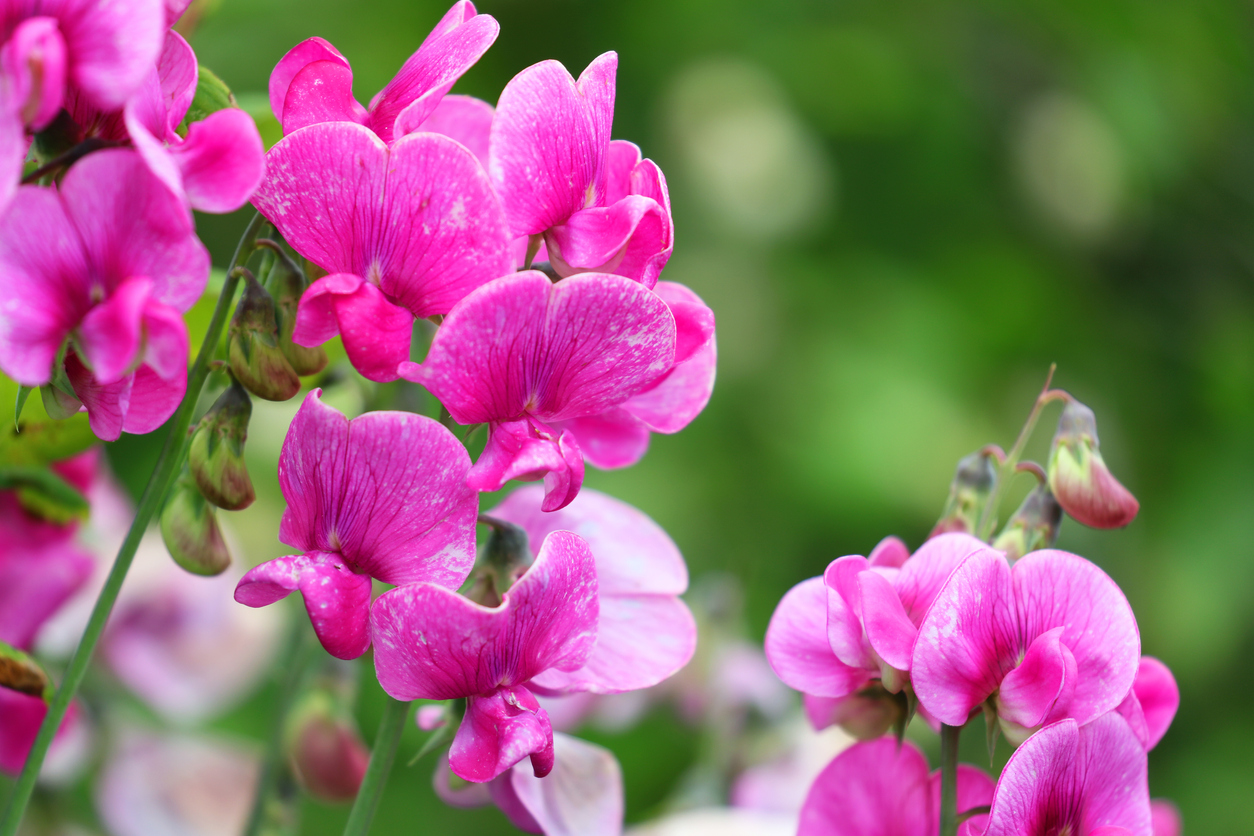 What are you going to do? Drink lots of green dyed Guinness, walk around with a shamrock in your buttonhole? St. Patrick’s Day (Tuesday 17 March) is the traditional day to plant sweet pea seeds. You can pick them up at any garden centre or half decent DIY shop, plant them outside in containers (long deep ones are best as sweet peas have long deep roots) in a sheltered spot or a cold frame or cold greenhouse if you have one. Sweet peas are one of my favourite annual flowers, coming as they do in a variety of pretty colours, delicate simple flowers, and a wonderful fragrance.

Go on buy a packet or two and sow them. They do well in a large container with some canes pushed in and tied together at the top into a wigwam arrangement.

Last chance for an end of winter tidy-up

Dead leaves, twigs and other debris laying around under shrubs and around borders looks untidy and can harbour pests and diseases. So rake it up and put it on the compost heap before there’s too much foliage about that will make this a harder job to do.

My day job is director of content for Olderiswiser Media Limited and I've spent the past 20 years developing consumer and commercial content strategies for print and digital publishers.
Last modified: December 30, 2020 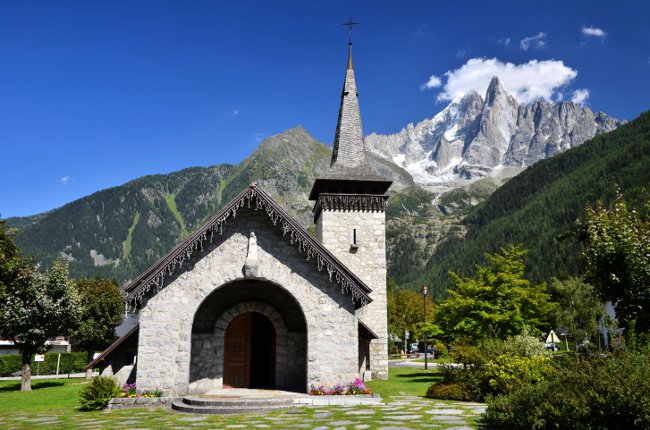 Next Story
Chamonix – gateway to the European Cascades