There’s so much more to Jamaica than sandy beaches, rum and reggae. Tony Page takes a trip to the Blue Mountain coffee growing region and finds stunning scenery – between the clouds - and some of the smoothest coffee known to man. 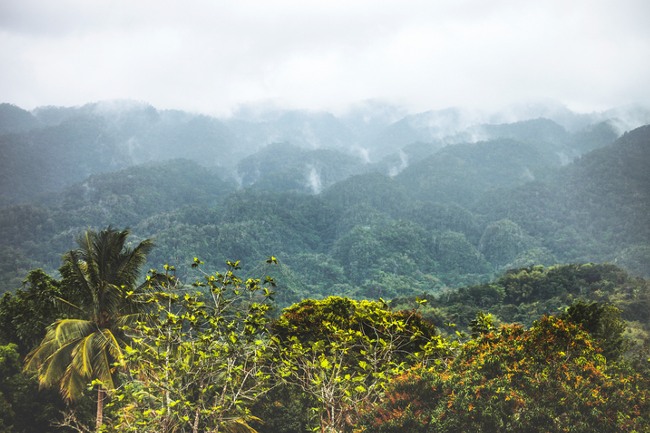 When you travel half way around the world you don’t necessarily want to spend each and every day basking in the sun drinking Cuba Libres on the beach. So it is good to have an idea of what Jamaica has to offer in terms of activities and days out.

Our itinerary was planned for us so we got as wide an experience of what Jamaica has to offer as time allowed us. In fact, it was so well planned, I had to drop out of a couple of events to recharge my batteries.  I was just too tired to hack it. We were there just before the start of the season and temperatures were still bobbing around at 30 degrees Centigrade. Don’t panic all the hotels are air conditioned.

You have to get used to travelling around to visit a lot of the sights and venues so it’s wise not to try to pack too much into each day. One visit in the morning followed by a light lunch and back to the beach for the afternoon sets you up for drinks and dinner! What could be better?

The longest trip we did was up Blue Mountain just outside Kingston. The journey to the coffee plantation took us nearly two hours of winding climbing road pass breathtaking scenery. On our arrival we were so high the whole area was covered in cloud and the air laden with moisture. So much so we couldn’t see a damn thing! 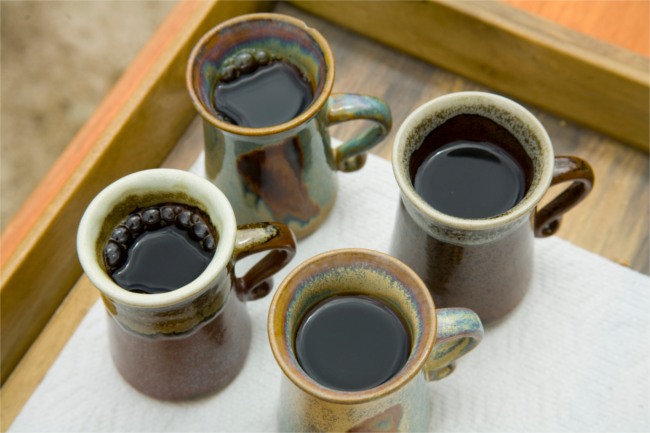 The Old Tavern Coffee Estate is owned by David Twyman and his wife Dorothy who gave us a wonderful welcome – freshly baked banana bread and piping hot coffee freshly brewed from estate beans. Soon the hillside cleared and you could see the rows of coffee bushes on the slopes. My other colleagues took the guided tour and I stayed back and chatted to Dorothy who gave me the heads up on coffee growing on the mountain.

There are 12000 coffee growers on Blue Mountain all working together in loose co-operation – very much safety in numbers! The weekend we arrived Hurricane Matthew had just passed Jamaica, and Dorothy explained the precarious nature of farming in the region, where had the hurricane hit, most of the growers would have lost their bushes with no chance of replacing them. On the Old Tavern estate alone, the cost of replacement would have been in the region of £200,000!

Coffee was introduced to Jamaica in 1728 by Sir Nicholas Lawes, the then governor, and it is fair to say island life suited the Arabica seedlings to a tee. By 1800 there were 686 plantations producing beans and at the height of their power they were generating exports of 15,199 tons. It is an impressive statistic but also a reminder of the Jamaica’s legacy as home to plantations worked by slaves. Indeed, after the abolition of slavery and emancipation exports shrank to 1486 tonnes. Today, production is not done on plantation scale, rather growers are small holders and cooperatives  - and they are producing some of the most exquisite coffee on earth.

I was happy do my bit to keep the economy going, I bought some of the most sought after Blue Mountain coffee. This is made from beans that grow in two halves. All have to be sorted by hand from ordinary beans– hence the price of £30 for half a pound of roasted beans. The taste is exquisite and mine are now reserved for special occasions.

Our visit ended with more coffee and banana bread! The bananas had been picked that morning – what a life!

For more information about the Blue Mountains and trips in and around Jamaica, contact the Jamaica Tourist Board (020 7225 9090), or see www.visitjamaica.com.