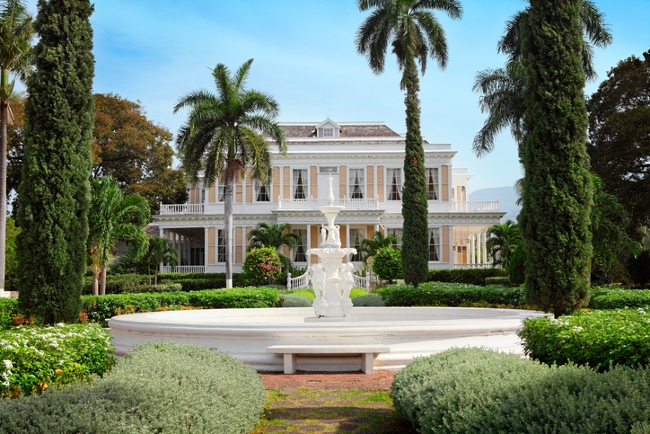 Visiting present day Kingston – and Jamaica as an island - it is easy to forget this was a society rooted in slavery and segregation. Today it is presented as the Caribbean idyll for tourists – and it does not disappoint.

While I was staying at the Jamaica Pegasus Hotel in Kingston, I took an excursion to the stately Devon House, a beautiful colonial-type mansion built by a native of Jamaica whose story is as grand and characterful as the house itself.

Although George Stiebel (1820 - 1896) was not a slave, he was mixed race and, as such, he suffered the prejudice and scorn of the colonial British community. He was the son of a wealthy German Jew and a black Jamaican housekeeper and with money given to him by his father he would go on to start his own shipping business  and prosper.

Stiebel had a rogeuish streak to him and he was happy to take advantage of revolutionary zeal in Cuba to run guns on his flotilla of vessels – but this brought him to the attention of the authorities, so he pursued more legitimate business goals. His real wealth came from trading gold in Venezuela and through this he built an enormous fortune and returned to settle back in Jamaica. He invested wisely and bought 99 properties (the limit by law was 100) and two plantations.

To house a growing family, he built Devon House as his principal residence - and he built on a grand scale. The house had a staff of 10 including a butler, two cooks, maids and gardeners. George Stiebel is reputed to have been Jamaica’s first black millionaire.

One piece of history worthy of telling relates to the then Governor’s wife who, according to local historians, was so offended by the ostentatious show of wealth by the Stiebel’s that she made her husband build a new road from the Governor’s residence so that she wouldn’t have to lay eyes on Devon House. 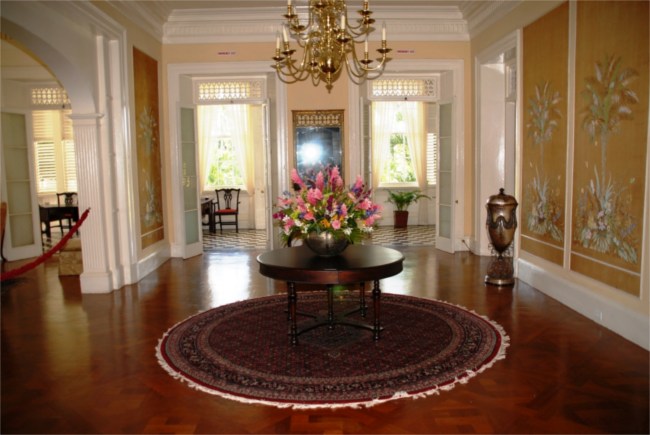 Standing as a monument to the wealth enjoyed by plantation owners, the house is now owned by the Jamaican Government and it is meticulously maintained, offering a fascinating snapshot of what life was like in those times – so long as you were rich!

The gardens and grounds surrounding Devon House are home to a bar, restaurant and cafe selling Devon House award-winning I-Scream ice cream – worth the visit just to taste this!  And the meat patties are pretty damn good, too!

For more information about Devon House and trips in and around Jamaica, contact the Jamaica Tourist Board (020 7225 9090), or see www.visitjamaica.com.