Get a man online!

Get involved with Men’s Health Week by getting your man online... 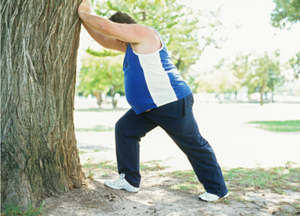 National Men’s Health Week (13th -19th June) is focusing on how new technologies like websites, mobile phones and social networking can be used to improve health. The Men’s Health Forum is asking men to get online, get involved and get healthy!

Organised by the Men’s Health Forum, the centre of excellence for men’s health policy and practice, the charity aims to provide an independent and authoritative voice for men’s health in England and Wales. Together they hope to tackle the issues and inequalities affecting the health and well being of men and boys.

The stereotype of male patients is widespread. Often pigeonholed as either hypochondriacs or unable to take charge of their own health, men are accused of going to the doctors too much or not at all – it seems they can’t win, which is where the Men’s health forum stepped in.

Shocked? You should be!

Well, we’re hoping we can help change that, by getting the men in our lives online! The benefits are endless, Peter Baker, the CEO of Men’s Health Forum tells us more.

“Digital technologies give us a great opportunity to address the differences in health around the country. Men can take greater control of their health by using their PCs and smart phones to educate themselves, understand symptoms better and know when it’s time to see a health professional. This will all help to improve their health, including their life expectancy’.

“It is very important men are sign posted to reliable health websites such as  www.malehealth.co.uk andwww.nhs.uk and that they also know the dangers of health services online”. Men’s Health Week also aims to educate men about the dangers of buying counterfeit medicines, the temptation to self diagnose and the added stress this can cause.

For those of you with iPhones you can now download the Bloke Noises app, which has been launched to encourage men to take a greater interest in their health. The Men’s Health Forum is encouraging men to download Bloke Noises, which will provide them with information about the health problems that are most likely to trouble them. Bloke Noises uses funny sound effects to illustrate some of the common health issues affecting men.

“The use of smartphones presents men with a great opportunity to access information which can significantly improve their health, with the information both private and portable,” said Peter Baker, Chief Executive of the Men’s Health Forum.

The Bloke Noises app (available free at iTunes) allows men to take a photo of themselves or a friend’s face and then customise the body depending on lifestyle factors, for instance, diet, drinking and sex life. The customized character will then make relevant but funny sounds depicting a health issue. The user will then receive a link to more detailed content on the Men’s Health Forum

“We believe that the use of humour and new technologies is a great way to break down the barriers that prevent too many men thinking and talking about their health. We are encouraging men to use this app with their friends wherever they have the opportunity, in the pub, at work or just out and about.”

For more information head to the Mens Health Forum