Dr Lynda Shaw explains male menopause and the problems faced by men in their late 40s and early 50s. 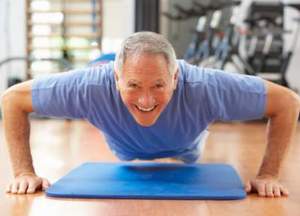 The male menopause, or andropause, and the term ‘midlife crisis’ brings to mind middle aged men buying fast cars or motor bikes and is the butt of many jokes.

With little published scientific research and a lot of popular media interest has meant the majority of people do not take the male menopause very seriously. This is unfortunate because some men have real problems in their late 40s and early 50s that need to be addressed.

It is around this time that a proportion of the male population reflects on the fact that they are probably half way through their lives and to contemplate what they have achieved so far and what lies ahead. For many, this can lead to anxiety and sometimes depression.

Other symptoms may include irritability, mood swings, lack of concentration, lack of energy with tiredness, loss of libido and perhaps impotence. This can have a huge impact on a male psyche and signals a major transition in the male brain.

People assume that this is due to a sharp decline in hormones aligning with the female menopause, but this isn’t always the case. A decline in testosterone levels in men is normally gradual and less likely to cause the symptoms unless they are suffering from a disorder called ‘hypogondism’, whereby the testes produce hardly any or no testosterone at all.

These are clearly age related changes, which may be due to or exacerbated by stress, drinking too much alcohol, smoking, poor diet, lack of exercise, depression or anxiety from other triggers that may have taken place.

This can lead men into a downward spiral that needs to be broken. If things have got out of hand, a trip to the GP is a good place to start. The GP may suggest antidepressants, cognitive behavioural therapy or a hormone test for levels of testosterone.

There are also things a man can put in place to help himself. Even if energy is low, starting an exercise programme is a fantastic step to take.  Begin slowly, congratulate yourself with each small success and really get into it. Of course, eating well is essential as is cutting back on alcohol and caffeine and replacing with drinking plenty of water. This will help with sleep patterns.

If lack of sex drive is causing a rift between a man and his partner, it is a good idea to talk. Spend time with one another. Holding hands and hugging will stimulate oxytocin in the brain, which will reignite feelings of closeness and intimacy.

After all, testosterone is diminishing in the male brain and some researchers suggest his response to oxytocin and estragon may now become stronger thus resulting in more nurturing behaviour.

If handled well this time of transition can result in a fun loving, kind man who is a delight to be around.