Benign Prostatic Hyperplasia: By the time men reach their 70s, 30% will have an enlarged prostate gland, here are some natural solutions for managing the condition. 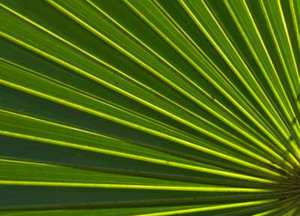 Research has shown that a combination of plant medicines and minerals, including Saw Palmetto, Nettle, Pumpkin Seed Oil, Zinc, Magnesium and Java Tea, can be effective for preventing and reducing swelling.

The prostate gland is located under the bladder surrounding the urethra – the tube that takes urine out of the body. It produces seminal , BPH, fluid which combines with sperm to produce semen.

Although it is normally the size of a chestnut, when someone develops BPH it grows, pinching on the urethra and causing these symptoms:

Quite apart from the discomfort for the man, his partner is likely to be disturbed during the night as well as he gets up regularly to go to the bathroom.

Conventional treatment normally includes drugs or surgery which can have long-lasting side effects such as erectile dysfunction. But the right combination of natural plant ingredients does not produce any side effects.

A widely recognised herbal remedy for slowing down the swelling of the prostate gland.
It contains fatty acids which reduce the amount of dehydro-testosterone (DHT) that is produced from the male hormone testosterone, and which causes the prostate to swell. It also contains Beta-sitosterol, a phytosterol which has been shown in studies to improve urinary symptoms and flow measures.

However, it doesn’t actually stop it, so it’s best combined with other plant medicines and minerals each of which relieve specific symptoms of BPH.

Prevents the transportation of DHT to the prostate by binding to the transport protein. Clinical trials have shown a 50% decrease in the need to go to the toilet at night and an increase of 44% in the amount of urine passed.
Researchers have also found that the size of the prostate gland decreases after taking the extract for 12 weeks.

Contains fatty oils and phytosterols including Beta-sitosterol and Delta 7 sterols which block the prostate receptors from taking up DHT and therefore inhibit growth of the gland.
Trials have shown that frequent urination, interrupted stream and the amount passed all improved when participants took pumpkin seeds.

An effective diuretic that increases urine flow flushing out toxins and preventing inflammation.
Zinc and magnesium are both abundant in the prostate gland where they activate enzymes. The prostate accumulates and secretes high levels of citrate which is prevented from oxidation by zinc.

These natural remedies should not be viewed as an alternative to professional advice and prescribed medication. Benign Prostatic Hyperplasia can be slowed by eating a healthy diet.