Posted on: 26 January 2012 by Gareth Hargreaves 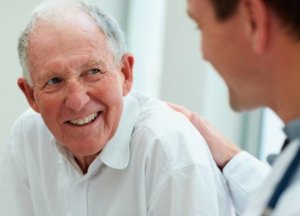 Prostate Cancer is the most common form of cancer in British men, with over 37,000 men in the UK diagnosed with the disease every year. Currently, 250,000 men in the UK are living with prostate cancer but the fight against this disease is ongoing and this year men who have been affected by the disease are being asked to join the cause by supporting Team PB in this year’s Virgin London Marathon.

The Prostate Cancer Charity has teamed up with Breast Cancer Care this year to form Team PB who have joined together for the big race to raise awareness and vital funds for the fight against the two most common forms of cancer in men and women.

Owen Sharp of The Prostate Cancer Charity has decided to put his money where his mouth is this year by running the marathon himself for the first time and he’s urging people who are running the marathon to run for Team PB which will call on their runners to take part in the theme for Race Day, by running with their underwear over their usual athletic gear to help highlight both causes.

Log on to our Web TV show where Owen Sharp will tell you how you can join the cause. Alongside him will be Holby City and Strike Back star Amanda Mealing who as a former breast cancer sufferer is also getting ready for the second biggest challenge of her life when she lines up for the Virgin London Marathon in April.

The live web TV show has now ended but you can watch the recorded session here soon.