Posted on: 07 October 2013 by Gareth Hargreaves 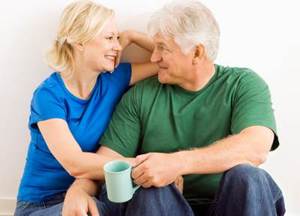 Prostate cancer is the most common form of cancer in men today. If Dr. David Crawford could say one thing to men nationwide, it would be: "Get checked."

Crawford is the head of the Section of Urologic Oncology at the University of Colorado Health Sciences Centre and Chairman of the Prostate Cancer Education Council in the United States.

Below he discusses current prostate cancer screening tests, and what can be learned from regular screening.

What are the current recommendations for prostate cancer screening?

In general, the recommendation is that men should be screened for prostate cancer with a PSA blood test, or prostate specific antigen blood test, combined with a digital rectal exam beginning at the age of 50 and then on a yearly basis until age 70.

Other groups, such as the National Cancer Institute, recommend that men at high risk should start yearly screening at age 45.

For those at higher risk of prostate cancer, the Prostate Cancer Education Council recommends an initial PSA at age 40, a second screening at 45, then yearly after that.

Risk factors include family history of the disease, and if you are of Afro-Caribbean origin you are at significantly higher risk.

There is some contention about whether or not screening for prostate cancer actually saves lives. What do you think about this?

Unlike breast cancer, there are no completed randomised trials comparing screening to no screening for prostate cancer. They are going on right now.

Ten years ago most of the cases of prostate cancer we found were advanced and not curable. Now the opposite is true. We're finding it early, when it's treatable and curable.

There are those, however, who argue that detecting a lot of cancers that don't need to be treated leads to over-treatment. But my argument is, if 30,000 people die from prostate cancer every year, it's worth trying to chip away at those deaths by finding the disease early, treating it and curing it.

What does a standard screening test for prostate cancer include?

Standard screening recommendations include the PSA test plus a digital rectal exam, or DRE.

What is a DRE for? And does it hurt?

The exam involves the insertion of a gloved, lubricated finger into the rectum to feel for any type of growth, and though it is uncomfortable, it is not painful.

What is a PSA test? What does it measure?

PSA stands for prostate-specific antigen, which is a protein made in the prostate that is fairly specific to prostate tissue. The bigger your prostate, the more PSA you make, and the level of it goes up in the blood. So one of the signs or warnings of prostate cancer is that the PSA blood level goes up.

But there are other prostate conditions that can cause a raised PSA level in the blood, and that's when the PSA test may be positive even when the man does not have prostate cancer.

What can men hope to learn from PSA results?

If your PSA test is really high, like 50 or 100 ng/ml, there is high likelihood you have prostate cancer. It is a very sensitive test. So the number in and of itself can be an indicator of cancer.

We then biopsy the prostate to make a diagnosis of cancer. Also, tracking changes in PSA levels from year to year is a very effective way to screen for cancer. Perhaps a man is screened and his PSA is low. A year later it goes up a little bit.

A year later it goes up a little bit more. And it still may not be very high. So we can find cancers at an earlier stage.

There are many types of PSA measurements. What are the differences between them?

PSA exists in various types in the blood. The total PSA, which we have been using to screen for cancer, is really comprised of two components, called "free PSA" and "complex PSA," or "cPSA."

A test to detect free PSA was developed several years ago, and was found to be helpful in differentiating men who had cancer from those who did not.

More recently the cPSA test has been approved as a screening test for prostate cancer. The advantage of this test is that it's able to screen for cancer as well as the total and the free PSA tests, but there aren't as many false positives with it.

If the test is positive, there is a higher risk of cancer than would be implied with either the PSA or the free PSA tests.

What, in your opinion, is the most important reason to get screened?

You can decide to have radiation, or hormonal therapy. But the point is, you will have enough information to make a decision.