Motoring: Why your car's tyres are so important

In 2012, when an EU law introduces a new tyre rating system, we'll all be forced to look more closely at the tyres we buy, for their strengths and weaknesses. 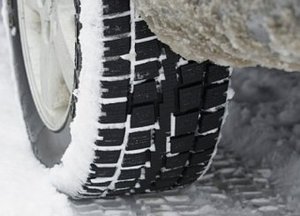 Time for some honesty: when you're looking for a new set of tyres, you buy the cheapest set you can 'get away with', right? Most drivers are savvy enough to know that dirt cheap tyres probably aren't worth the risk, but how many of us can honestly say we really consider much more than cost?

In 2012, when an EU law introduces a new tyre rating system, we'll all be forced to look more closely at the tyres we buy, for their strengths and weaknesses. In fact, the new standards that accompany the system will make one third of the tyres available now obsolete - most of them from cheaper brands. So, it's time to start thinking about why good tyres are so important.

According to Michelin, up to 20% of your car's fuel consumption can be attributed directly to the tyres - that's one whole tank of fuel in every five.

Low rolling resistance tyres are becoming standard fit on eco-cars now, because the less an engine has to work against the friction of the tyres, the less fuel it uses. Michelin claims that since the launch of its Energy Saver tyre in 1992, it has been responsible for saving 184 million litres of fuel.

Rolling resistance on a road is largely the result of a tyre 'deforming' and springing back into shape, generating heat and dispersing it as lost energy. Avoiding this as much as possible, without compromising a tyre's grip, is key.

Tyres made of steel would roll on for miles on a flat, smooth road, but wouldn't be much good around corners. That principle applies to rubber: if the rubber compound of your tyres is very hard, rolling resistance is lowered, but so is grip, making braking distances longer.

All tyre makers face the same issue. The trick to getting the right balance of grip and fuel economy is in the rubber mixture itself. Michelin's mix is a secret, like the recipe for Coke, but it involves adding a substance called carbon black - which dissipates heat from the tyre - and silica, a hardening substance found in glass.

Braking distances and cornering grip are massively affected by wet weather, which is why the tread pattern of a tyre is so vital. The actual contact patch between a tyre and a road surface is only about the size of your hand - a fact that makes it easier to understand why it's so easy to skid in wet weather.

Therefore, it's vital that a tyre is able to clear water from the road as it turns, so that the contact patch effectively hits a dry area. This is possible with a good tread design, which in Michelin's case shapes the contact patch like the pointed bow of a ship, directing water away from the tyre to the sides.

Cheap tyres are a false economy because they simply don't last, says Michelin. Tyres are no longer legal when any of the tread blocks are worn down to 1.6mm.

A host of different factors affect wear, but tyre pressure, suspension geometry and a car's weight do so most obviously. You can't do much about the latter, but it's imperative that you check pressure regularly - too much and the middle of the contact patch will wear quickly, too little and the outer edges will.

The way tyres will be rated and ranked in 2012 isn't finalised yet - discussions are still ongoing - but it will likely grade tyres on an A to G scale, where A is excellent.

Wet weather grip, fuel efficiency and road noise will be graded separately, allowing consumers to find a tyre that best fits their needs. If tyres don't meet minimum standards, they'll be banned - which is likely to kill off a number of cheap brands, potentially driving up the average price of tyres.