Would you trust a car that drove itself?

Posted on: 04 February 2011 by Rhian Mainwaring

Google have tested a self-driving car in California, but would you trust a machine with your life? 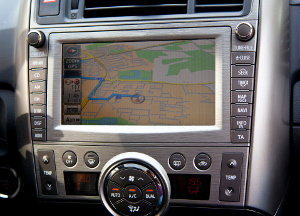 Seems like a stupid question as we trust machines with our lives already, from jumping on board an aeroplane to trusting a pacemaker. Technology is now omnipresent and has become fully integrated into our daily lives.

In spite of this the question remains, would you put your life in the hands of a computer-driven car? Larry Page and Sergey Brin the founders of Google originally created the Google brand because in their words, they "wanted to help solve really big problems using technology. And one of the big problems we’re working on today is car safety and efficiency. Our goal is to help prevent traffic accidents, free up people’s time and reduce carbon emissions by fundamentally changing car use."

Obvioulsy, this isn't a brand new concept, innovators have been developing the idea of an autopilot for some time, and one of the pioneers Anthony Levandowski, who built the world's first autonomous motorcycle and also developed the modified Prius which delivered pizza without a driver, is working with Google on this new project.

In the initial stages the cars are manned for emergencies, with a driver and a technical aid watching the programme. As well as this, another car drives ahead of the 'computer driven' car to map out the surroundings and traffic. So, how many men does it take to drive an autonomous vehicle? Three.

"Our automated cars use video cameras, radar sensors and a laser range finder to “see” other traffic, as well as detailed maps (which we collect using manually driven vehicles) to navigate the road ahead. This is all made possible by Google’s data centers, which can process the enormous amounts of information gathered by our cars when mapping their terrain." They claim, sounds a lot like a nifty way to take more images for Google street maps, but they assure us it's all for the good of the world, claiming that autonomous vehicles will reduce road traffic accidents,

It leaves you wondering whether you'd trust a computer to have faster reactions then your own brain, and while the computer signals may travel faster, will the technology be able to read situations and predict danger, like an experienced driver?

The Google research behind the project claims that "According to the World Health Organization, more than 1.2 million lives are lost every year in road traffic accidents. We believe our technology has the potential to cut that number, perhaps by as much as half. We’re also confident that self-driving cars will transform car sharing, significantly reducing car usage, as well as help create the new “highway trains of tomorrow." These highway trains should cut energy consumption while also increasing the number of people that can be transported on our major roads. In terms of time efficiency, the U.S. Department of Transportation estimates that people spend on average 52 minutes each working day commuting. Imagine being able to spend that time more productively."

How would the same amount of cars on the road (perhaps more), only some driven by computers shorten the commute? It seems like an idea more suited to stop drinking and driving or remove the danger for women using unnamed taxis, rather than a way to cut travel time.

Would you be a passenger in a driver free car? Comments below folks!