How will Brexit affect my monthly bills

As the interminable Brexit wrangles continue we take a look at how leaving the Eu will affect your monthly bills. 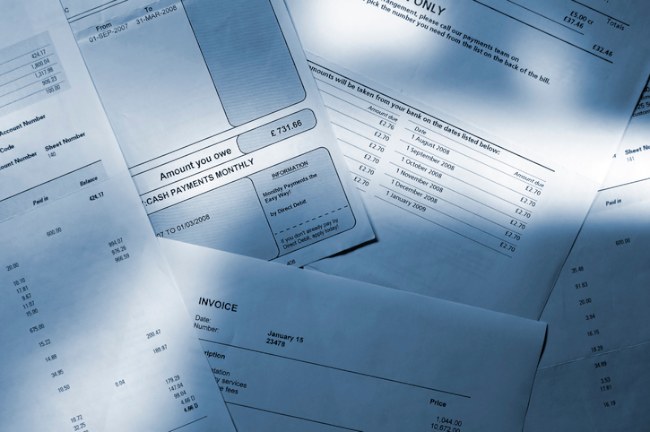 Last week it was house prices and mortgages, and in the run up to B-day, I’ll cover each of your questions you have sent in. This week it’s your household expenditure.

UK officials have been like a rudderless ship, blown around by tides, winds, and currents and claiming success at every port they are towed or blown into.

If I had a large project to be completed in three weeks from now, I’d be a tad further ahead.

I’m beyond embarrassed, and in seeking some sort of an idea of the destiny of my boat, I turn to Mark Carney from the Bank of England for advice on inflation - the Ninja robber in our purses.

Mark has on record stated that interest rates will need to rise in the event of an orderly, or disorderly Brexit. I would go so far as to say the same would apply in the event of no Brexit.

Companies have hoarded cash wondering what to do, this would give them the opportunity to reinvest and make plans, which would only be good for the economy as a whole and be an upward inflation pressure.

As the UK imports more than it exports, inflation is driven higher by the pressure of a falling Sterling. Sterling falls because, well markets just don’t really like mentalness and every commentator agrees that the UK will come under immense pressure initially under Brexit, let alone a hard Brexit.

Markets tend to look six months ahead. So we will import inflation and that will affect your monthly ability to spend.

You’ll find many companies have stockpiled resources and also have hedged against the currency, so don’t expect prices to rise immediately (hedging means buying the currency at a predetermined price to protect you). The Chief Executive of Next has announced he has protected against that but next year prices would rise once that protection finishes.

Food bills would also be impacted. The UK imports 30% of its food, and the fall of Sterling would simply make that more expensive to buy.

A previous example of that was in 2008 in the financial crisis (when banks messed everything up) when there was a 21% fall in Sterling. Subsequently, food prices rose by 15%.

Bare in mind, in the absence of a free trade deal after March, the UK would have to apply tariffs on imported food from the EU as it wouldn’t be able to offer zero tariffs to the EU without offering to all its other partners. The crunch to that: The EU is the biggest importer of food into the UK at 70% of gross imports and so prices would soar. Imports arriving here will take longer through checks and that will also have an upward impact on prices.

Let’s also remember, it’s the lower earning families that will feel the biggest pinch. Eating isn’t a luxury like a new car, it’s a necessity.

We have only just received the benefits of free roaming in Europe, but in the absence of a deal, we are at the mercy of losing that gain.

Sterling falling by more than the oil price will mean a rise in fuel prices for sure, and the University College of London highlighted how that has already cost each UK household £61 per year. The report also highlighted how the collapse in Sterling and the rise in wholesale prices of gas and electricity hiked prices by 16% and 18% respectively.

Thinking of a holiday? Well your currency would cost more, which in turn means prices rise. In the summer before Brexit, I could achieve a nice €145 for every £100. A year later, and I was down to less than €120. Each beer seems significantly more expensive at that point.