Reverand Raniero Cantalamessa has added further controversy to the Catholic Church paedophile scandal by claiming media coverage to be similar to the ‘shameful excesses of anti-Semitism’.

There are very few of us that are not aware of the worldwide scandal in the Roman Catholic Church of sex abuse against children in its care. The scale is quite unbelievable and has permeated from community level to the highest echelons of the Vatican.

There is no organization the size of the church that can be accountable for everything done in its name. However an organization that acknowledges fault and goes on to apologise should know when to keep its mouth shut

Pope Benedict is acknowledged as a good man and has served the church for more than 60 years having overcome the stigma of his past; as a young man Joseph Ratzinger was a member of the Nazi Youth Movement.

All of us make mistakes as we pass through this life and he has acknowledged his. So it comes as more of a shock today that his personal chaplain has drawn the comparison between the coverage that the child abuse scandal has wreaked on Rome to that of anti-Semitism!

This analogy is downright offensive! There is no way he would have made these comments unless approval had come from the very highest level of the Holy See and the Pope himself! For them to suggest this parallel shows crass stupidity at the kindest level and an unbelievable ignorance of history at the other extreme.

They seem to have forgotten that the Jews who have been persecuted over the centuries and particularly those who went to the Nazi gas chambers during the Second World War were the victims. The priests who perpetrated these crimes against children and the people who covered it up are the criminals!

You can bet your bottom dollar that this iniquitous affair has more to reveal before an outcome can be found that fetches the guilty to justice and brings peace for the victims. I think it better for the Pope who, as a Cardinal with alleged complicity and responsibility for these matters, and his minions to keep their mouths shut and acknowledge the truth – that this scandal is one of the most tragic and shameful episodes in the history of the Catholic Church and those who had any involvement should hang their heads in shame as opposed to presenting themselves as victims! 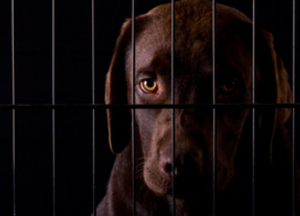 Next Story
Adopting a rescue pet