Lots of words but little substance

HomeNewsLots of words but little substance

Well we’ve had the first manifesto – not very exciting! Still as I’ve said previously there’s not much any of the parties can do ‘cos they’ve got no money.

When Margaret Thatcher took over as Prime Minister, we were described as the sick old man of Europe! Twenty years on and we’re getting there again!

This should never have happened. We had North Sea oil, gas reserves, a massive financial sector (albeit – wonkie) and pretty high full employment.

Where did it all go wrong. Well, back to Thatcher and her dictums on life. She regularly regaled those listening “You have to run an economy like a household budget”. Well how right she was.

Had the bankers followed the same advice none of us would be in the mess we’re in now. The US had an even bigger hit then but they have a much better economy and are recovering well.

The weak countries of Europe – Greece, Spain, Portugal and sadly now the UK are suffering. The banks however are prospering and paying big bonuses.

I wonder if we will ever know what the banking fiasco cost each of us as tax payers? How much of the money pumped in to save them was lost to the tax payer? How much will be repaid and will we make a profit selling the banks we now own?

Wait 10 years and you will more than likely get the answers. In the meantime, feel the pain!

How many of us are now living on our savings and not the interest. Once spent gone forever, irrespective of what happens to interest rates.

If Brown’s manifesto is to be believed (swallowed), we should leave it all in his safe hands for another five years! I think not! But I will wait and see the Tory manifesto later today. Don’t want to be accused of ‘rash’ decisions!

Maybe we’ll get a government of national unity (hung parliament!) that I called for – but by default not intention.

Forget politics – Spring is here. What a pleasure it is to see the trees coming alive with leaves and all the early flowers sprouting up into bloom. Sat in the garden at the weekend and just enjoyed the sunshine and birds singing and forgot the elections.

The great British electorate will prevail and we will get the government we deserve. One thing though is certain, Spring will come again next year.

Previous Story
Economic recovery to be spurred by royal wedding?
→ 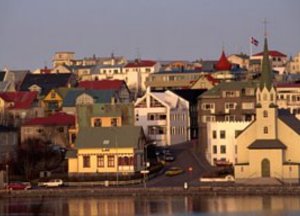