Rob Hobson, Healthspan Head of Nutrition has created a series of recipes to help support bone and joint health in the months ahead. 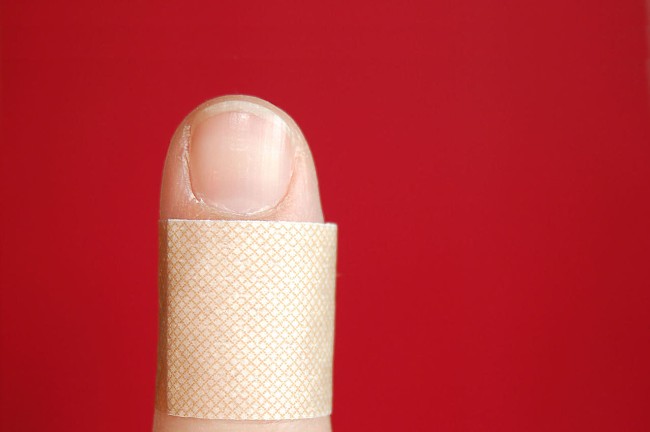 We have all cut a finger or stubbed a toe at some point in our life and experienced the body’s reaction to such an injury.  The redness, heat and swelling that occurs is a result of your immune system reacting to injury by sending out white blood cells to surround and protect the area as part of the healing process.

The immune system behaves in a similar way when hit with infections such as the flu. This type of inflammation is referred to as being acute, which is protective.

Inflammation is like a fire in your body that smolders and damages tissues, joints and blood vessels.  It can go unnoticed and only becomes apparent when significant damage has been done.

The processes involved in acute inflammation help to quell the flames and heal an injury, but in some cases the flame persists as white blood cells flood the problem area and attack healthy tissues and organs.

This type of inflammation is referred to as being chronic and is typical of people suffering with rheumatoid arthritis.  This condition is an autoimmune disease and chronic inflammatory disorder which can damage joints and other parts of the body including skin, eyes, lungs, heart and blood vessels.

What are the symptoms of rheumatoid arthritis?

Joint stiffness, especially in the morning

Fatigue, fever and loss of appetite

Over a third of people with RA experience symptoms associated with other parts of the body including: skin, eyes, lungs, heart, kidneys, nerve tissue and blood vessels.

Being overweight doesn’t help joint health.  Maintaining a healthy weight is one factor that can really help by taking pressure off the joints, especially those of the back, hips and knees.  Being overweight or obese also exacerbates inflammation as fat cells (especially those that accumulate around the abdomen) are seen by the immune system as a threat causing them to  pump out more white blood cells.

Rheumatoid arthritis is directly associated with chronic inflammation, but even osteoarthritis can spark inflammation as the wear and tear on joints causes cartilage to break down.

The Mediterranean diet is anti-inflammatory.  This diet puts and emphasis on plant-based foods which contain compounds that act as antioxidants in the body.  The pigments found in brightly coloured fruits and vegetables act as antioxidants and include beta carotene found in orange varieties and anthocyanins found in blue and purple varieties.  Oily fish contain omega 3 fatty acids that help to reduce inflammation and have been suggested as being useful in the treatment of rheumatoid arthritis.

Foods and drinks that encourage inflammation

You should try to limit these foods in your diet as much as possible:

Sugar and all other sweeteners including honey, agave and syrups

Sugary drinks (this includes fruit juice after one daily serving)

Foods that help to fight inflammation

recipe which contains brightly coloured vegetables including squash, tomatoes and beetroot whose pigments act as antioxidants in the body.  This curry also uses spices such as turmeric which has been shown to have a powerful antioxidant effect on the body.