Seven days to top up your vitamin D

It’s difficult to get what you need from food alone but certain foods still provide us with a useful source of vitamin D. 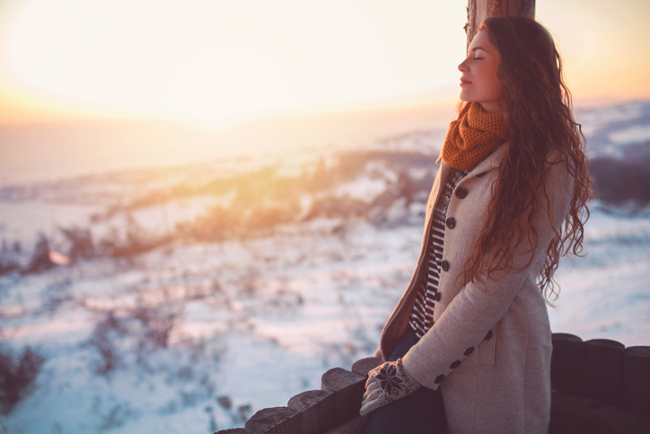 It seems we are living a ‘mole-like’ existence during the winter– seeing an average of fewer than 10 hours of daylight a week during the winter months, a study has found explains Rob Hobson, registered nutritionist and Head of Healthspan Nutrition

The study, of 2,000 workers found that during the winter months, eight in ten of us usually go to work in the dark and only head home after daylight has faded. More than three quarters even admitted they can have occasions where they don’t see any daylight at all from Monday to Friday.

But the study, by Healthspan, found the lack of daylight leaves 56 percent feeling more tired than usual while four in ten are more likely to be grumpy. One in three have even worried they may be suffering from Seasonal Affective Disorder (S.A.D) as a result of spending little or no time outside.

Given the large amount of information in the media regarding vitamin D, awareness about this nutrient has grown and more people are familiar with the fact that vitamin D comes from the sun and that during the winter many of us are lacking enough of this nutrient in our diet and may benefit from a supplement to keep levels topped up.

When choosing a supplement, you should choose vitamin D3 as this is the form naturally found in the body such as Healthspan’s new delicious apple and blackcurrant Super Vitamin D3 Gummies. The best benchmark to start taking a supplement is to start when the clocks go back in the winter and stop when they go forward in the spring.

What is vitamin D and what does it do? 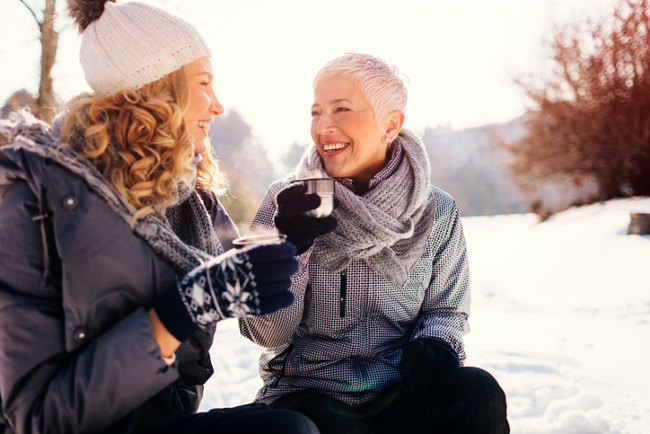 The main role of vitamin D is working with calcium and phosphorus to help maintain healthy bones and teeth. Contrary to most people’s knowledge about bone health, vitamin D is more important in this role as it’s essential for the absorption of calcium in the body.  Vitamin D also helps to maintain muscle strength.

There’s good evidence from scientific research to show that vitamin D plays a key role in immunity by reducing the risk of coughs and colds.  It also appears to be important for preventing depression such as Seasonal Affective Disorder (SAD), which affects a small percentage of the population.  Other studies have suggested a role of vitamin D in conditions such as diabetes, asthma, multiple sclerosis and breast cancer but more research is needed in these areas.

These food options provide a source of vitamin D into your diet. The amounts are given in mcg and as a percentage of the recommended daily intake of 10mcg per day.

Day one – Eggs for breakfast

Oily fish are one of the richest sources of dietary vitamin D. One fillet (140mcg) provides 8.4mcg (84%) of vitamin D. If you serve with a parsley sauce made with fortified soya milk then this increases the amount to 9.4mcg (94%). 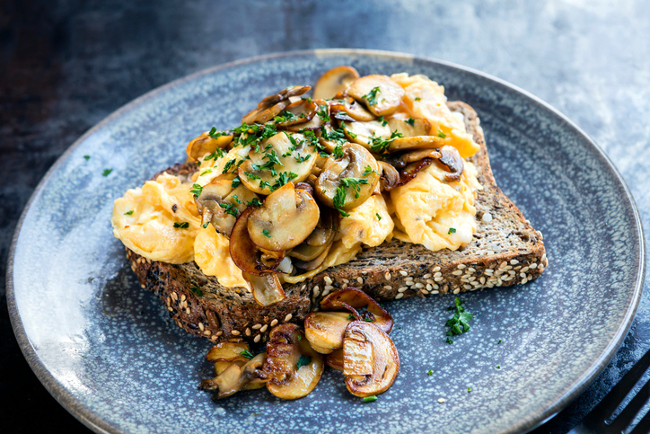 Mushrooms can convert sunlight into vitamin D. One hundred grams of mushrooms provides 5mcg (50%) of vitamin D. If you choose to spread your toast with fortified margarine then this increase the amount to 6mcg.

As with other fortified foods, milk alternatives provide 2.5mcg (25%) per serving (250ml).

This particular oily fish is one of the richest sources of vitamin D providing 11.2mcg (112%) per fillet (140mg). Using this fish in place of smoked haddock in kedgeree provides about 5.5mcg. of vitamin D.

Frittata made with two eggs and 50g of mushrooms provides 3.3mcg (33%) of vitamin D.