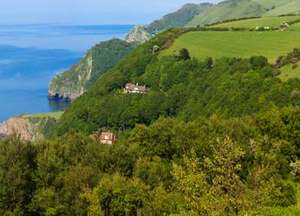 Many of us enjoy the South West Coast Path – whether it’s for a stroll with the dog or a breath of fresh air with the grandchildren.

The South West Coast ranks as one of the world's most awe-inspiring walks, according to the new Great Adventures book published this month by Lonely Planet. Described as "walking at its most diverse, most spectacular and most delicious," the South West Coast Path is the only walk in the UK to make it into the highly respected guide.

Yet in recent years funding for its maintenance has shrunk.  There is now much concern over costs for on-going maintenance, let alone improvements and upgrades to the path to make it more accessible, attractive to a range of users and with a surface pleasant to walk on all year round.

The event will facilitate a series of 56 sponsored walks, done in relay, to cover the entire 630 miles of the path around Dorset, Devon and Cornwall (plus the Exmoor coast through Somerset).  Meeting with a birthday party at Land’s End on 7th May 2013, the South coast series starts at Poole on 3rd April, with the North coast series starting at Minehead on 16th April.  Each leg will be guided by local experts, rangers and path wardens, who are all assisting the SWCPA with this event.

SWCPA are working with a range of organisations involved with the Coast Path - such as the South West Coast Path Team, the National Trust, County Councils and Areas of Outstanding Natural Beauty Teams, along with local walking groups and numerous tourism businesses.  Western Morning News, Cornwall Today and BBC Radio Cornwall/Devon/Solent have all agreed to be media partners, supporting this event.

Walkers will be asked to raise £50 of sponsorship so that further funding can be levered from relevant organisations to reach £250,000 for over 40 improvement projects spread along the entire route of the path to be completed during 2013.  Walkers will be able to specify which project their sponsorship supports (providing there is enough funding for that project to take place – otherwise it be used for the project most in need).

It is a unique part of our heritage and that needs help.  So please get involved with the Great South West Walk and help put some love back into the Coast Path! Take part in a half day or full day walk, or build a walking holiday over a number of days and legs.