Pension freedom or pension backlash how will older people fare when the Chancellor next opens his budget briefcase? 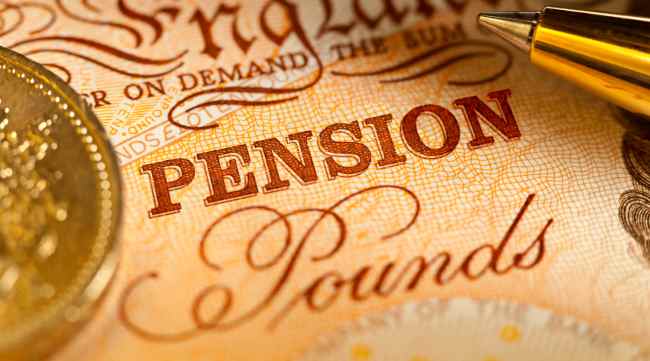 It’s been an interesting couple of years for pensions – and it will become a fascinating few weeks after the chancellor’s budget announcements in mid-March.

There will be dramatic changes to the way we currently save into our pension pots – of that the financial experts are almost certain.

Beyond that, it’s a question of guessing or second-guessing; some opinions will be better informed than others – but no one, perhaps not even the chancellor of the exchequer George Osborne himself, knows with 100% certainty at the moment.

Osborne won many friends among the older generations – and probably quite a few votes – with his new pension freedoms, which came into force last April.

The Treasury has released pages and pages of new regulations, but what it basically meant to those approaching retirement was that they were no longer required to buy an annuity.

Despite warnings that such “freedoms” could lead to an almighty pensioners’ party that would lead to financial hangovers and struggles in later years, Osborne’s changes were welcomed as long overdue.

The accuracy of such warnings will take decades to judge, as it does with most things related to pensions.

Now that most issues regarding taking pension pots have been resolved, the chancellor is focusing on how we pay into our pension. Your pension has traditionally been an investment that gives you tax relief on the way in – and you pay the tax on the way out.

It’s that tax relief, which is especially valuable to higher-rate tax payers, that appears to be firmly in Osborne’s sights. It currently costs the country £34 billion – and the chancellor would like some, if not all of that money to stay in the Treasury coffers.

Last year Osborne gave public voice to the thought of a “pension” ISA (Individual savings account) that would qualify for no tax relief on the way in – but the entire pot would belong to the saver at the age of 55 with no tax to pay.

During last year’s pension consultation and in the weeks subsequently, the general view has been that removing tax relief completely for pension savings would be a step too far and have a serious negative impact.

Those supporting that view have pointed out that there is nothing to prevent an individual using a general ISA for pension purposes. The current annual allowance is £15,240. An advantage for the saver is that they do not have to wait until the age of 55 to dip in.

Another genuine worry is that those in their twenties and thirties are not going to save money that has already been taxed – there has to be an incentive to save when retirement seems such a long way in the future.

Another advantage of the general ISA is that there is no limit to how big the fund can grow to, which is in sharp contrast to pension savings. In recent years, the lifetime limit on pension pots has dropped from £1.8 million; next year it will drop another £250,000 to £1m. Money above the limit is taxed at 55%.

Another factor that might count against the pension ISA is public trust. A conservative government in 2016 might “promise” that the entire fund in a “PISA” would be tax free; but there are no guarantees that some chancellor in the future might not feel inclined to apply a 10% surcharge on these pension pots.

Politicians have a poor track record in keeping promises. Osborne might be sincere in announcing that these pots will remain tax-fee; but he is not going to be chancellor in 2026, 2036 or 2046 when a cash-strapped government might be looking for a piggy bank to raid.

Will the chancellor tread carefully? That would be the middle road – and that would mean a flat-rate scheme that would leave high-rate tax payers receiving the same benefits as everyone else.

There has long been a campaign for a standard-rate; where supporters say it is simple, makes sense and is regarded as fairer, especially by those not enjoying the benefits of the sort of salary that attracts the highest rate of tax!

It is claimed that experts fear a flat-rate system would deter higher-rate taxpayers from paying into a pension because the benefits would be stripped away.

If Osborne goes down that route, he probably does have some flexibility; the three options appear to be 33% (£2 saved is made up to £3); 25% - that the percentage of your pension pot that can currently be taken tax fee as a lump sum) and 20%, which is the basic tax rate.

There will be a lot of “scaremongering” regarding pensions in the weeks leading up to the budget – such as the chancellor might do away with the 25% pension tax-free lump.

Such a drastic action would go a long way to destroying public confidence in saving for pensions – as well as in the chancellor.

Pensions are for life, probably the longest-term investment you will ever make; as your Independent Financial Adviser (IFA) will tell you, it makes little sense to react to pre-budget speculations, how well informed that source may seem!

Do you agree with this Article? Agree 100% Disagree 0%
You need to be signed in to rate.