State pension at 70 is not too far off. Andrew Stallard weighs up our options ... both good and bad! 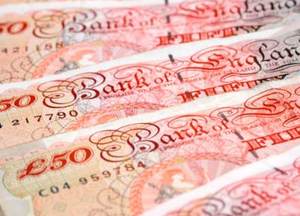 Apart from the pension geeks at Worldwide Financial Planning, very few people get excited by pensions. Pensions are boring, right? Most of us would probably agree, until we need to start drawing one. However, the latest government announcement on the simplification of the state pension has created quite a bit of interest - it centres around making pensions more comprehensible, and most importantly, giving retirement planning more relevance and more certainty.

It's the view of our pension geeks that there are a couple of things to think about when it comes to pensions.  Firstly the good news; there has been a dramatic increase in life expectancy, meaning most of us can look forward to several decades of retirement.

The bad news (isn't there always a catch?) is that the government has very little money to pay for it!

The proposal of a flat-rate basic £144 weekly pension in today’s terms will (according to government figures) save money in the long run. (1) It needs to be made clear this is not the generous pension our senior citizens deserve, but unfortunately in the foreseeable future we can’t afford that.

It's at a level that should be sustainable by future governments, and more importantly, it's at a level that our children and their children should be able to afford to pay in the future. Crucially, the poorest should receive a decent pension without having to undertake the current assault course of form filling.

To pay for this, the state second pension (formerly known as SERPS), the contracting out arrangements and the complex means tested element of pension credit will be abolished. The demise of pension credit is to be particularly welcomed because, as with other means tested benefits, many of the poorest miss out.

The changes won't be brought in until April 2017. Those retiring after that date will receive a flat rate payment of £144 if they have a full 35 years of National Insurance Contributions (NIC) up from the present 30 years. If you retire before this date you will receive the basic state pension of £107 plus state second pension if you have contributed, and pension credit if you qualify. (1)

As with any major change to government finance, there will be complex transition arrangements to remove as much unfairness as possible and money already built up in the state second pension should be protected.

The self employed have never been able to access the state second pension so an increase to £144 is a significant improvement for them. (2) However watch out for higher NI charges on this group in future.

People who have taken time away from work to care for children or family retiring after implementation should be better off.

High earners and young workers will no longer be able to build up a state pension greater than the proposed flat rate of £144.

Many people who are currently contracted out of the state second pension and pay lower NI contributions will see their tax bill rise as this option disappears.

The state pension age will increase to 67 between 2026 and 2028; however, many commentators see a state retirement age of 70 in the not too distant future.

From a financial planning point of view, these proposals mean you will have a foundation of £144 a  week to build on. What you need to consider now is how are you going to improve on this? And do you really want to wait until you are 70 to start taking any pension income?

To find out more about your pension options, call Andrew Stallard free on 0800 0112825, e-mail [email protected] or take a look at our website www.wwfp.net.