The forgotten children in company pensions

Thinking of transferring a company pension? Be warned the further you are from retirement, the less likely a transfer will be suitable. 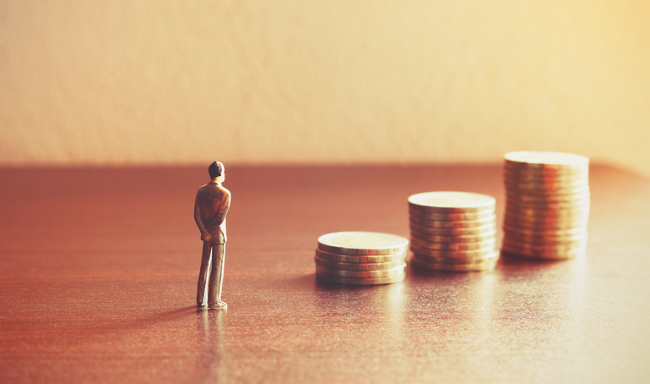 Some ‘sales orientated’ advisers saw the scrapping of this starting position as a ‘green light’ open season to transfer, but in reality, the starting position hasn’t changed at all as full suitability has to be shown.

So where might a pension transfer actually be a good idea?

Firstly anyone considering a pension transfer should consider one key point:

Your pension in your occupational scheme is ‘guaranteed’ whereas the transferred out value is at the whim of equity markets.

If you fully understand that, and are comfortable with it and managing your income and drawdown for the next 20-30 years whilst markets bounce around and people like Donald become elected … that’s a starter.

Whilst you might like the flexibility of being in an outside pension now, your paradigm of how funds can fluctuate may well be obscured by that current large transfer value.

Be sure the person advising on your pension transfer is either very well versed on equity markets and how they might react or they are working with someone who does. That is vital and the FCA makes that distinction.

On the upside for you, but not for those remaining in the scheme, it is clear that the transfer values out now are well overvalued.  Most transferring will be taking more out of the scheme than their pension is worth, and as is so eloquently put by First Actuarial, bagging the life raft because you think you are first to see a leak may not be moral.

That aside, if you are coming close to retirement there are times that a transfer may be suitable.

A scheme I looked at last week showed the poor death benefits within the occupational scheme.  The retiree was in poor health and was close to retirement.

With gilt yields so low, his transfer value was highly inflated at nearly £1million, so before gilt yields could change, he quickly looked at his situation.

The death benefit for his surviving spouse was nearly £9000 per year if he was still in the occupational scheme, but had he died after transferring out his pension, his spouse would have been entitled to the whole scheme value of nearly £1 million.

Furthermore, these benefits could be paid to his children later, and/or remain in the pension fund for many years to come.

As they are inside the personal pension, they would not be attacked by Inheritance Tax and could pass freely to beneficiaries to take as and when they suited.

If he was still a member of the occupational scheme his children would have received nothing.  That’s a £1 million gap.

This can be quite common in a company pension scheme and its inflexibility can also impact how benefits can be taken.

For example, if he took early retirement he would be forced to take his whole income and tax free cash at the same time when he might only have wanted a portion of it, therefore creating an unnecessary tax position.

In order to create a more ‘solid’ income, he was then in a position to buy a commercial property with his new transferred out pension and live off that.

And finally, for those wishing to pay off debts/mortgages at retirement, the access to tax free cash within the company pension scheme was nearly £150,000 lower than that within the personal pension.

Undoubtedly the further you are from retirement, the less likely a transfer will be suitable, given the range of variables that may occur between now and then.

Those retiring within the next five years would be well worth ascertaining the potential for a transfer out especially if there is any element of ill health. Any upward changes in gilt rates over the next few months will bring transfer values down.

This last of three articles will send you in the right direction, but be sure to take good advice from an appropriate adviser as mentioned above.