The meteoric rise of mis-selling

Pension mis-selling is the new PPI. Here, Glyn Taylor unpacks the reasons for the scandal, and looks at the three biggest factors at play. 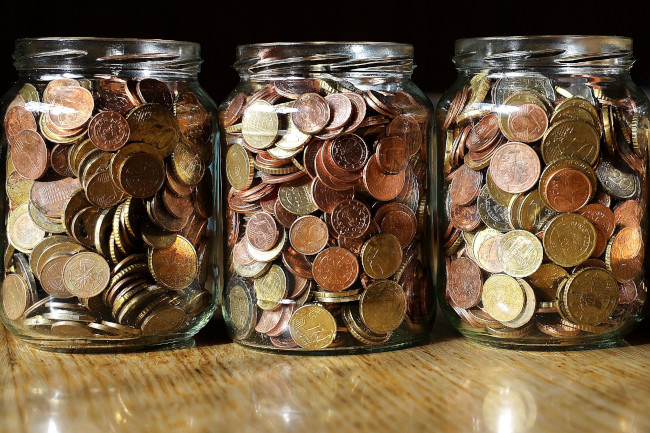 The last decade has seen pensions mis-selling claims go through the roof. And although the PPI scandal has dominated the financial headlines, mis-selling for pensions has been rumbling under the radar for a long time.

Pensions are there to enable hard working Brits to live a comfortable life after retirement. And with life expectancy rising, it has never been more important to invest wisely to ensure a healthy return in your twilight years.

There are a number of factors at play regarding mis-selling, and together they make the perfect storm when it comes to “liberating” people of their hard-earned money.

At the start of 2019, the Financial Services Compensation Scheme (FSCS) released alarming figures showing that mis-sold pensions led to compensation payouts of more than £40m in 2018.

£37.5m was claimed in 2017, and just £20m in 2016, showing that claims have doubled in just two years. It is estimated that the mis-selling scandal is actually valued at an incredible £10bn, as this is the figure attributed to poorly invested pensions, mis-sold to people by unethical and unscrupulous financial advisers.

In the 1980s, Thatcher’s government caused a major mis-selling scandal when they urged people to leave their secure workplace pension schemes and transfer to more flexible personal pensions instead. It was estimated that around two million people were wrongly advised to transfer their pensions, and the financial industry was embroiled in a battle for many years.

Since the pension freedoms introduced by George Osbourne and co in 2015, many people have been advised to do the same thing - transfer secure workplace pensions into “defined contribution” SIPPs, in order to take advantage of the freedoms and access their pots in a more flexible way. Unfortunately, this has led to another mis-selling debacle, and attracted scammers looking to capitalise on the large sums of money being unlocked.

“Contingent charging for pensions is where advisers only get paid if a transfer goes ahead. This creates an obvious conflict of interest for customers, who may not receive unbiased, fair and considered advice from their adviser, which is absolutely in their best interests.”

Concerns have been raised by the FCA (Financial Conduct Authority) after a consultation paper found that 69 per cent of consumers had been advised to transfer money from secure DB (defined benefit) pensions into DC (defined contribution) schemes. The FCA thinks that most customers would have been best advised to stick to their original policies, hence why alarm bells were sounded.

The FCA estimates that the harm created by unsuitable DB transfer advice is around £2bn every year - something which is clearly showing now, as pension mis-selling claims continue to rise.

Glyn continues: “The FCA wants to change the way that advisers are paid for transfer advice. If advisers are pushing schemes that are not in the benefit of the pension holder, or not providing the best advice on offer, simply because of the way they are compensated, this creates a huge problem for hard-working Brits who are entitled to feel as secure as possible in their retirement.”

In October 2019, the Financial Conduct Authority was told by the Personal Investment Management & Financial Advice Association (PIMFA) that it needs to provide more evidence to justify its plans to ban contingent charging.

“Critics of the proposed ban on contingent charging say that the move will drive good financial advisers out of the market, thus reducing choice for pension holders, who, on the whole, are not confident in choosing the best pension option without advice from a professional. It also means that they may have to pay upfront for financial advice, which may put people off seeking help, especially if they are on a lower income.

“This could well be the case, but the fact remains that, if hard-working Brits are being advised to switch their guaranteed pension pots to unsuitable and less beneficial schemes that would have a significant impact on their pension, it is clear that something needs to be done to address this part of the pensions mis-selling scandal.

“Despite the demand from PIMFA, we predict that a ban on contingent charging will come into effect in 2020, following the FCA’s initial consultation” said Glyn.

“Many pensions advisers and financial professionals have been caught out giving people bad advice, which has seen them invest large sums of money into highly risky schemes which were not suitable for regular investors. Perhaps the risks or elements of the pension policy itself were not properly explained to the investor - either way, this counts as mis-selling.”

The SIPP (self-invested personal pension) is the most commonly mis-sold type of pension. SIPPs were introduced a few decades ago, but were unregulated for much of this time. They provide an alternative for people who wish to move away from workplace pensions and invest elsewhere, or for self employed people who do not have the benefit of a workplace scheme.

Glyn said: “Genuine SIPPs can be high risk but offer high rewards, but this isn’t always the case, and if a regular saver was sold “the dream” by a financial adviser, chances are they could have been mis-sold, especially if the risks were not properly explained to them, or if they were advised to transfer secure DB pensions to less stable SIPPs.”

Scammers after your money

The third pillar to the pensions scandal involves out-and-out scams, of which there have been many over the years.

“We have dealt with a huge number of clients who have unwittingly lost large sums of money to scammers, or to financial firms who have worked with unregulated introducers dealing with fraudulent schemes, and not doing appropriate due diligence to ensure that this did not happen” said Glyn.

Hard working Brits have been conned into parting with their money to invest in a variety of weird and wonderful schemes, including ethical forestry initiatives in Costa Rica, green energy schemes in Cambodia and even storage pod schemes. These fraudulent, dodgy plans were sold to regular people as incredible investment opportunities, by slick and confident scammers or unethical introducers offering “free pension reviews” over the phone.

Many of these schemes and their directors are now under investigation by the Serious Fraud Office.

Glyn continues: “APJ has worked across thousands of cases where people have lost large sums of their hard earned pension pots to scammers or fraudulent schemes, touted by financial firms who should know better.”

Cold calling was the main dodgy tactic used by scammers or third party introducers, working with fraudulent or high risk schemes. People were called out of the blue and offered free pension reviews over the phone, and were often bamboozled into signing up to transfers without appropriate advice or time.

“It’s worth noting that cold calling relating to pensions has been banned for UK firms since the start of 2019, but this sadly doesn’t always stop the scammers, and doesn’t include companies calling from overseas, either” said Glyn.

“A large proportion of clients have been cold called and advised to transfer their funds overseas into QROPS, which are best suited for clients wishing to retire abroad. However, a large number of these transferees have no intention of moving overseas.”

“The main piece of advice we can give out is; do not respond in any way to cold calling. Scammers or unscrupulous introducers will know nothing about your financial situation as they may claim to, and in reality will be reading from a script to hook you in with free pension reviews. Do not engage, and hang up every time. If you find yourself a regular victim of these calls, sign up to the TPS service, which will filter out a lot of the spam calls.

“The second piece of advice is; if it sounds too good to be true, it probably is, so always take time to consider any options. The FCA has a ScamSmart website, which has loads of resources and a watch list to check company names against. It’s worth arming yourself with the facts where possible.

‘We predict that claims will continue to rise as people wake up to the fact that their pensions may not be as safe as they thought. On one hand, it’s good news that hard-working Brits are beginning to take notice of this issue and seek compensation where possible, but on the whole, it’s incredibly sad and frustrating that a scandal such as this has rocked our financial industry yet again. The bottom line is; many Brits could be left short of money in their retirement.”

Glyn Taylor works for APJ Solicitors, leading experts in supporting people in their fight for compensation regarding pensions mis-selling.