Retirement used to be such a simple affair! 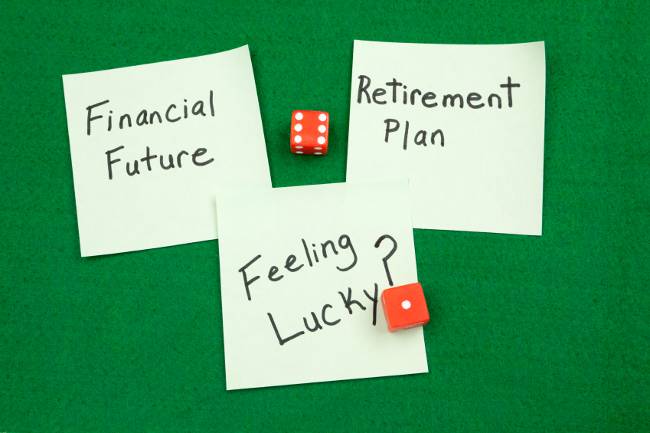 You worked until you were 65 (men) or 60 (women) generally received a pension based on your final salary and hoped to enjoy a few years of pursuing a hobby or two, visiting the grandchildren with few or no financial commitments beyond household bills.

Not anymore. The retirement landscape has changed beyond recognition. Not only are we living longer, our retirement age has become a moveable feast, depending on circumstances and how we have prepared for life beyond work.

Women, especially, are angry that government promises of a flat-rate £151.25 state pension for all will take decades to materialise. Ros Altmann, long-time consumer champion (and now a Baroness), is currently on the receiving end of this flak in her new role as the Tories new Pensions Minister.

An Independent Financial Adviser (IFA) can provide many of the pension answers, but not them all; individuals have to provide a few of their own as they plan the twilight years!

Unfortunately, when planning our final years, we do not have, unless in extreme circumstances, the most valuable piece of information that would guide us to making the best decisions…the date of our demise.

Delaying your retirement date can bring benefits, such as an increased state pension and a larger pension pot.

The traditional dilemma is whether to retire early and perhaps not enjoy the standard of living that might be available if that date is pushed back several years. The financial chaos and banking crisis of 2008 only served to demonstrate just how difficult that decision can be and how important timing is.

Those who retired prior to 2008 and based their new lifestyle on returns from dividends and interest from savings had a rude awakening. Many were forced to turn to other assets, such as equity in their home and ISAs, to retain that lifestyle.

IFAs will always recommend “spreading the risk” and point out the downside of putting all your eggs in one basket, even property. Those returns may have been high over the past five years, but getting access to that equity has not always been easy with lenders now much more cautious – even over-cautious – because of the irresponsible (115%) lending prior to the recession.

Another great change to the retirement landscape is that reaching that stage of your life is no longer seen as the finishing line. The UK may be about to suffer an obesity epidemic, but we are living longer. A few years ago, 60 was labeled as the new fifty - now it’s approaching 70!

Finally, the recent pension reforms have given individuals the chance to live some of their dreams now that they are more physically and financially able to enjoy them.

The chancellor George Osborne is planning more pension reforms and is likely to announce major changes to pension savings and the tax relief currently available in the next few weeks.

That will be for the next generations, those starting in the workplace, to deal with. Many who would normally be retired by now are still (or back) working because of the recession and the need for income. To many employers, they are a more attractive proposition than the younger generation.

Baroness Altmann has long campaigned for fairer women’s pensions, especially as their financial requirements used to appear as an add-on to their husband’s rewards and there was no recognition of their contribution in running the home and bringing up the family.

“Once we get into the new system, you can forget the complexity of the past because we are moving forward,” explained Altmann.

“When we are working out how much state pension you build up in the new system, we have got to take account of periods of contracting out, to recognize you have a private pension built up from the National Insurance you didn’t pay,

“Otherwise someone who was contracted out would have two pensions, while those who paid higher NI have only that one.

“Currently, all the different classes of NI people pay today count differently towards the state pension.

“Its bananas, and it shows why we had to get rid of the old system.”

Baroness Altmann added that those complaining about deductions to their payout simply do not understand how the old and new state pension work.

The problem, as it has been from the very start, was the government’s “promise” when the new state pension was unveiled as a way of ending the unfairness and complexity of the current system.

Just two years ago, the Work and Pensions Secretary Iain Duncan Smith announced: “The single-tier pension will mean people have certainty in what they can expect from the state. Thirty-five years of National Insurance contributions will mean a full basic state pension.”

The government has been back-pedaling ever since and now Baroness Altmann is left holding the parcel as the music is about to stop. She has discovered, like all before her that the state pension system is unsustainable without drastic reform and governments keep making pension promises they can’t keep.

The most common headlines re the new state pension system relate to “shambles” and “betrayal” Many letters revealed that earlier official advice has not proved reliable or accurate – as well as many anomalies.

This new “simple” way is creating all sorts of problems and bad feeling.

For a free, no obligation initial chat about your individual finances, e-mail [email protected] or take a look at our website www.wwfp.net.