Animals can benefit the elderly and those living with dementia

To celebrate National Pet Month in April, home care provider, SweetTree, highlights the benefits that animals bring to the elderly. 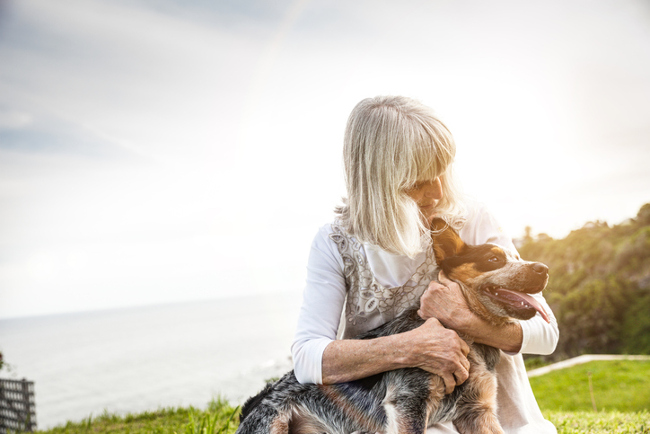 A person with dementia can be confused about what stage of their life they are at and may think they are back in the past. SweetTree Founder Barry Sweetbaum explains, ‘Pets don’t change their appearance over time. As humans, our clothes and images have changed over the years – the clothes we wear and the haircuts we have are different now to many years ago. But dogs haven’t changed and my dog Billy looks exactly how you would expect a dog to look at any time in history.’

Having a pet or interacting with one can improve the health and wellbeing of the elderly, boosting physical health as well as mood. Here are 12 key reasons why pets can benefit physical and mental wellbeing.

Scientists believe that stroking a dog or a cat can help you relax and therefore reduce blood pressure. A 2002 study revealed that dog or cat owners had lower resting heart rates and blood pressure than those who didn’t have pets.

According to scientists, owning a cat can relieve stress and anxiety and therefore reduce the risk of heart disease. A study that looked at over 4400 adults aged between 30 and 75, including half who owned a cat, showed that 3.4% had died from a heart attack over ten years. In the group who had never owned a cat, 5.8% had died from heart attacks.

Fewer visits to the doctor

According to Pets for The Elderly Foundation in the US, 21% of elderly persons who had a pet had fewer visits to their doctor. Owning a pet like a dog will make you more active. Being regularly active is noted for reducing heart disease and risk of having a stroke, as well as reducing the risk of developing diseases like dementia and some cancers. Experts also believe that pets can help us recover faster after illness or surgery. 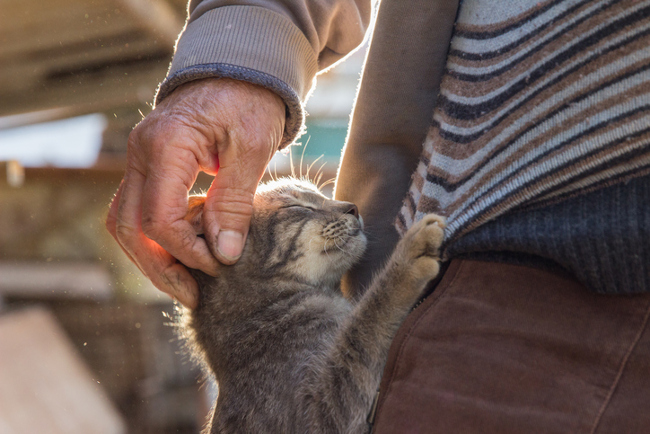 Stroking a dog can be comforting to both parties. When you stroke a dog, a hormone called oxytocin, linked to anxiety relief, is released. A study conducted at Uppsala University in Sweden presented at the 12th International Conference of Human-Animal Interactions in 2010, showed that friendly human-dog interaction releases oxytocin in both humans and dogs. ‘It’s interesting if you walk down the street with a dog how many people look at him and it brings a smile to their face,’ says Barry. ‘That really stimulates a positive emotional response.’

Stroking a pet is thought to reduce the level of stress-related hormones in the blood according to Professor Adnan Qureshi from Minnesota University. Reducing stress can help protect against heart disease by lowering blood pressure and reducing heart rate.

Focusing on taking care of an animal is a great way to give and receive love. ‘It’s a very positive thing to recognise the care and nurturing benefits of having a dog and focusing emotional energy on a pet,’ says Barry. 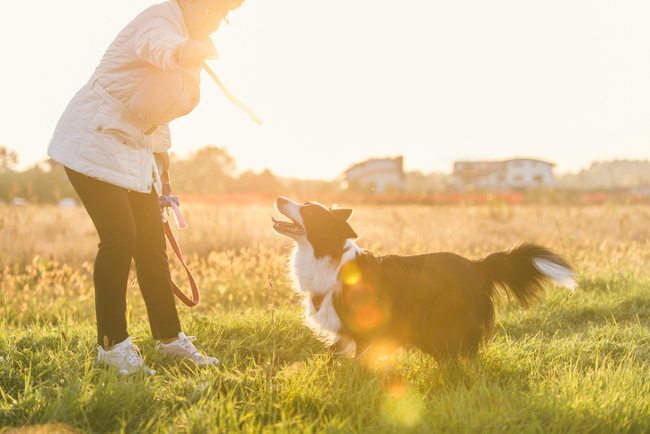 Dog walkers will naturally be active. According to a 1991 survey, pet owners, in general, had higher exercise levels and fewer minor health problems.

Greater sense of comfort and security

For many elderly people who lack regular social interaction and company, pets can be their main source of comfort. In a survey by Pets For The Elderly Foundation, 95% of elderly people spoke to their pets, while 82% said their pets help them when they feel sad.

A positive focus and a sharper mind

SweetTree’s Christina Macdonald noticed a marked improvement in her late mother Hazel, who had vascular dementia when caring for her cat. ‘My mother loved her cat and was always happier when she was around,’ recalls Christina. ‘When her cat passed away, mum was understandably distraught but I also noticed a change in her mood and mental function. Her dementia seemed to get worse – she became less focused, more detached and more easily confused. Her cat had given her a sense of purpose and focus.’

Animal-based therapy is popular in care homes as it has been shown to reduce agitation and improve social interaction in those with dementia. Alzheimer’s Society actively encourages those with dementia to keep pets for as long as they can, or interact with them as much as possible. However, if you are taking a pet into a care home or to a person’s home, make sure they have the right temperament and will comfort the person rather than cause more stress. Make sure dogs aren’t prone to jumping or barking loudly and ensure cats are friendly and not likely to bite when stroked.