Posted on: 30 November 2010 by Rhian Mainwaring

Battersea Dogs and Cats home is celebrating 150 years of service! Having taken in a staggering 3.1 million dogs and cats in that time, we thought we'd take a look at what they've achieved...

It's no mean feat, with the home costing over 13 million pounds to run each year, and with no government funding the home survives solely on the generosity and support of the public.

The Home was established in 1860 by Mary Tealby,  was based in Holloway, North London and was originally known as 'The Temporary Home for Lost & Starving Dogs’. They moved to the present site in 1871 and opened the other two sites, Old Windsor and Brands Hatch, which 150 years on, is where the charity is to date.

The home usually homes around 600 dogs and 250 cats across it's three sites at any one time and last year cared for over 20,000 animals.

68% of the dogs arriving at the home are strays with a large proportion being Bull Breeds. Staffordshire Bull Terriers were 43% of those, having earned themselves a bad reputation in the press for being aggressive, which is ironic as the breed used to be known as nanny dogs because of their affinity with children, a characteristic I've seen first hand.

As with all dogs, responsible training and the right living conditions can turn any unwanted dog into a fun and loving pet. This training starts at the dogs home where over 400 volunteers assist Battersea in caring for the 600 dogs and 200 cats on site.

Battersea also assists in relocating pets with their owners and has successfully reunited 30,000 dogs and cats over the past 10 years. On top of that Battersea also works closely with the Army, RAF, HM Customs and Police to provide the forces with suitable working dogs.

Battersea also operates a fostering service for dogs and cats who find the busy kennel environment too stressful. A dedicated band of foster carers provide a loving and relaxed atmosphere for pets who've had a hard time and are a little more needy that most. Maybe you'd like to volunteer as one? Visit here (DOGS or CATS) to find out if you're eligible.

So who are Battersea Dogs and Cats Home looking after? Well feast your eyes on these little cuties... 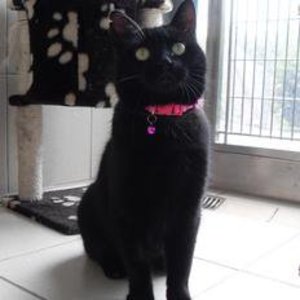 Berry's a real beauty and a complete flirt to match, her favourite trick is rolling round on the floor with her legs in the air! She's an independent soul with lots of attitude, but is always ready for attention, she needs a litter tray though, as she wont use the garden. Berry is one of nature's little Divas! Read more 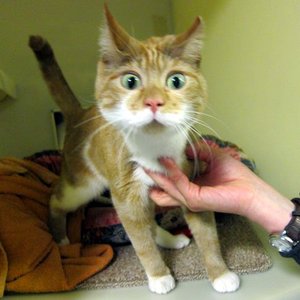 Tigger is 1-2 years old, a domestic short hair male with a huge personality and quirky ways! He's an odd looking lad, with a very small body and unusually shaped head, but don't let that put you off, because what he lacks in looks he more than makes up for in personality! He's a rare cat who'll have you in stitches every day. Read more 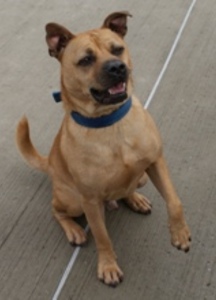 Bazzle is one of the many Staffordshire Bull Terriers in Battersea Cats and Dogs home. This strong willed handsome man can be a bit shy to begin with but soon becomes incredibly playful and affectionate. If you're willing to invest your time with this lovely chap then you'll be rewarded with a loving companion! Read more 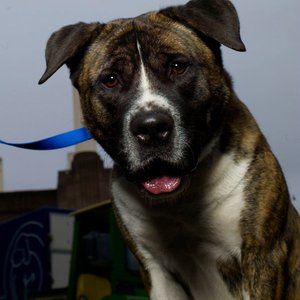 A male Akits cross, BooBoo's around 1 year old. He's an independent chap who enjoys a good cuddle. He loves meeting people, wants to be everybody's friend and turns into a big kid when faced with a toy. BooBoo needs a dedicated owner with some good breed experience who's prepared to provide him with lots of mental and physical stimulation. Read more

Do you have a recue dog or cat? Do they make great companions? Let us know about your pet below!