New year, new me ... why do we make New Year's resolutions? 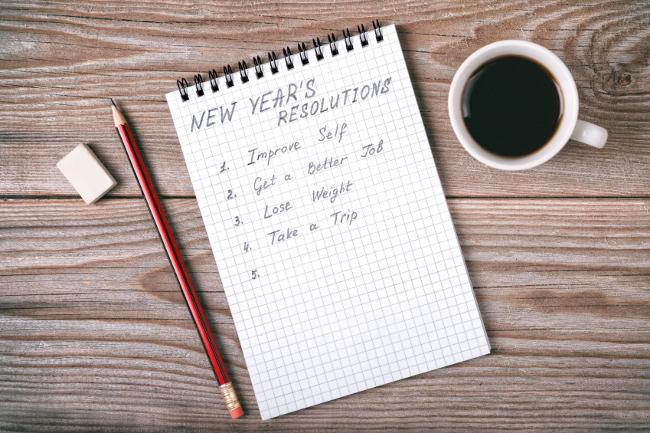 For some, new year’s resolutions are similar to a drunken uncle. You know not to take him seriously but you can’t help but giggle and play along when he visits once a year. But for others, changing poor habits or making new positive commitments are very important, and the first of January is the perfect time to start.

‘New Year, New You’ - every new year many of us try to better ourselves, making obvious promises such as to lose weight, quit smoking, drink less, find a new job, or perhaps to start saving money. The real question is why do we make these promises to ourselves and then more often than not fail year after year?

Like many traditions, New Year’s resolutions have a long and interesting history. The earliest recorded celebration to honour the coming of a new year was around 4000 years ago in Babylon when the start of the New Year was in March. When Julius Caesar took the throne in 49 B.C he declared that January the first would be the start of the year and the calendar was adjusted to honour the god of new beginnings, Janus. The tradition of making new year’s resolutions began during Caesar’s reign and the emphasis was to make moral resolutions such as being kind to others.

Jumping forwards to 2016, whilst we may start January fully committed to change, the same pattern of failing to meet our targets often occurs year in and year out. Each year we think that this year will be different from the last, we feel excited and energised and then shortly afterwards our resolutions go by the wayside as our motivation dwindles and we abandon our goals. In fact, it is thought that only 8% of people who make new year’s resolutions actually stick to them, most likely because of a lack of realism and real commitment.

It is unrealistic to think that you can immediately stop a habit you have spent years developing on the 1st of January point blank. Psychologists Janet Polivy and Peter Herman coined unrealistic expectations of self-change, the false-hope syndrome. People persistently make repeated self-change attempts despite previous failures, often boosted by feelings of being in control and optimism. What is important here is distinguishing between potentially feasible and impossible self-change goals in order to avoid false hopes which may lead to eventual failure and distress.

It is not all doom and gloom; some research shows that setting a resolution can at least get you closer to your goals. So why do we continue to make resolutions even though so many of us do not see them through? One answer to this is the clarity of having a clean slate on the first of January, going back to the idea of new year equals new start. The idea of bettering ourselves is a huge human motivator. Moreover, the fact that we make resolutions means that we hold a positive belief that we have the ability to change and become more of the person we desire to be.

So apart from being realistic and staying positive, it is also important to accept that you can make a changes over time rather than sudden change. For example, adopting a healthy moderate lifestyle all year round takes the pressure off big immediate change such as a crash diet come the new year. Starting with a small, smart goal is more likely to be realistic and successful. Finally, if you do break resolutions, perhaps don’t give up on them entirely, draw a line in the sand and try again.