Ticks and what to do about them

A parasite is, as the dictionary describes it, an organism that grows, feeds, and is sheltered on or in a different organism while contributing nothing to the survival of its host. 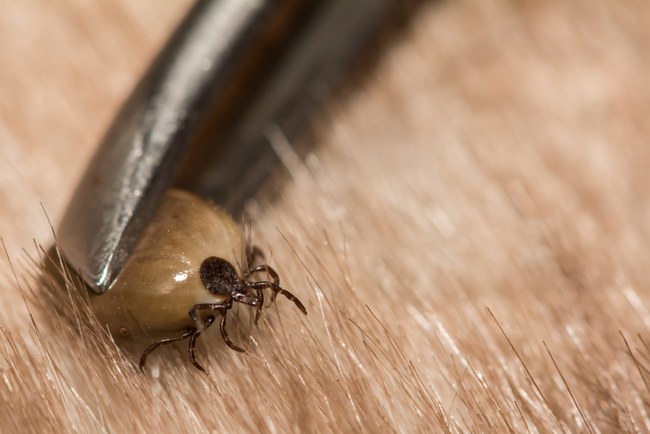 The most common type of parasite encountered by the dog owner is the Tick. Given preventative treatment or caught early enough these parasites will be of little cause for concern but if left they can have very serious and expensive consequences.

A young pointer was brought into the kennels after being caught as a stray, it was, as can be seen in the accompanying photograph, infested with ticks. In fact I estimated that it had over a thousand all over its body, obviously an extreme case but the fact remains that it did happen.

The young female tick sits in thick undergrowth waiting for a host to brush by, whether that is a sheep, deer or your dog. Once on the host it crawls to a warm area with blood vessels close to the surface, this is usually around the head, neck and ears. However I have found ticks under the legs, in the groin area and even attached to the anus. It will then bury its head into the hosts skin and start to feed from the blood, at this point the tick can be not much bigger than a pin head and reddish brown in colour. It will then gorge itself until it is the size of a pea and grey in colour, it will now drop off and crawl away to lay its young and so the process continues.

If the tick should drop off in the dogs kennel or in our house it will crawl into any crack or crevices and lay its eggs there so when the eggs hatch the young are ready to use your dog again. In most cases the tick will go unnoticed and be of no real concern to the dog, in fact the dog is at more risk from the ticks incorrect removal than it is from the tick itself. The head of the tick is held in place with very sharp and strong pincer-like mouthparts under the skin, if the body is removed and the head left behind then there is a very high risk of infection and an abscess forming. The most common method of tick removal I hear spoken of is to use a lit cigarette on it, this is not a method I would ever use or suggest should be used. Not only do you risk injuring the dog inadvertently but also it cannot be confirmed that the head has been removed. 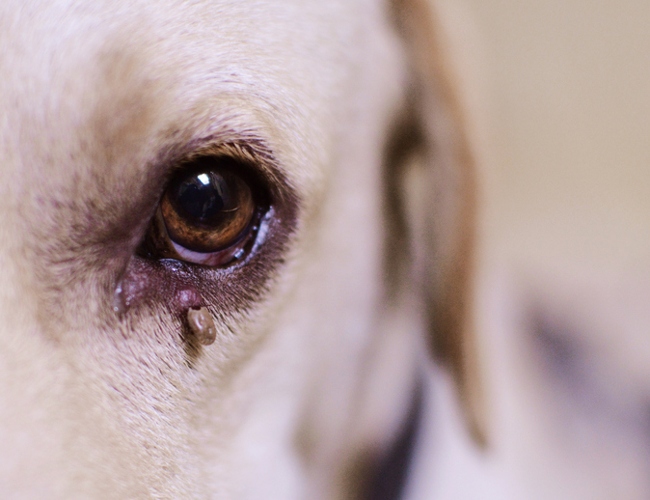 Safer and simple methods include using cotton wool soaked in surgical spirit and held over the tick, this makes it loosen its grip and has the added advantage of cleansing the area. Small tweezer like devices are now available from most veterinary surgeons, both inexpensive and effective they pull the tick out cleanly.

Having removed hundreds of ticks and used various devices and methods I still find the easiest and most effective is to grip the tick as close to its head as possible with the nails of my thumb and forefinger and whilst twisting to make it relax its mouthparts, give it a sharp pull. Check that the tick is whole and then apply extreme pressure to dispose of it, I find a size 8 boot is very effective at this point, a word of warning do not use the kitchen floor your spouse may not appreciate the new tile design.

Having said all this about ticks I can hear some of you already asking about Lymes disease (Borreliosis), whilst I am no expert I will briefly cover this tick borne disease. Lyme disease is carried by ticks and can be transmitted to dogs, cats, horses, cows, wild animals and even humans when the tick bites. Symptoms of Lymes disease include lameness caused by arthritis, fever, poor appetite and fatigue. Of course if your dog is ill you must seek veterinary advice. Treatment with antibiotics is usually effective. As the tick does not transmit the disease immediately upon biting the host, however, the best form of cure is prevention, removal of the tick or use of preventative repellents is very effective.

This article was written by Paul C Bunker, a professional dog trainer.