Posted on: 06 September 2011 by Gareth Hargreaves 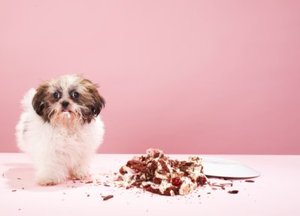 Puppyhood is one of the greatest times in a dog's life, a time of learning, new experiences, and lots of energy. It is also a very trying time for us as their owners, as what we do while the dog is young is very influential on their adult disposition.

It is hard, even for the most experienced dog owner, to know exactly what to do and what not to do with a new puppy in the house. It helps to think of yourself as the dogs parent, rather than merely their owner. I have found that this helps us to understand both our relationship and our responsibilities as such. I have provided a few tips below regarding bonding, socialization, and attention, that should help in the journey from puppyhood to adulthood.

Bonding with your Puppy

Developing a relationship with a new puppy is one of the most important prerequisites for a dog to become a healthy, well adjusted adult. In general, this bonding creates easier obedience training, fewer and less intense behavior problems, and a closer, lifelong relationship.

Here are a few ideas for bonding with your puppy:

Exercise 1 - Teach your puppy to accept being restrained.

Exercise 2 - Hold and examine your puppy's mouth, ears and feet on a regular basis.

Exercise 3 - Massage your puppy all over and practice repositioning his feet, head and body.

Early socialization with other dogs and puppies is another important component of positive development that you can give a new puppy. It acts as preventative medicine, preventing shyness, fear, and aggression problems in adulthood. Though dogs are not wolves, their interactions greatly resemble that of their wild ancestors. Wolves form packs which consist of a highly specialized dominant and submissive interactions. Socialization provides a puppy with the tools it needs to interact with members of their own species in an productive and predictable manner.

The results of early socialization include:

4) stimulation of the mind.

The best way to socialize your puppy is to attend a group dog training class that focuses on puppy socialization. The class should provide supervised interactions between the puppies, be limited to less than 10 students, and allow for freedom of expression and play. An additional means of socialization involves meeting with others at a local dog park, where your dog can become familiar with all ages and temperaments of dogs. The best advice for you as a puppy parent is to let your puppy play and communicate and act as a confidence builder by supervising the interactions.

Getting your puppies attention is the building block for teaching and practicing any given command. It is much more difficult to get your puppy to sit or lie down, if you do not have their attention first and foremost. We can get our puppies attention in a number of ways. The first is to simply use the puppies name. The second is to use a lure - show your puppy a toy or treat - to get their attention. The third, and most effective way, is to use the command "watch me". This command can be taught by showing your puppy a treat, bringing it up in front of your nose, while also stating the command. Just as your puppy looks into your eyes, give him or her the treat as a reward. Practice this until you are comfortable with the command and your puppy can keep his/her eyes on you for more than 5 seconds. Then, use this command as a precursor before you ask your puppy to perform any other command, such as sit, stay or heel.

There are two methods that I would recommend for housebreaking your puppy. In general, housebreaking involves conditioning your dog to only eliminate outdoors. The first and oldest method is paper training, in which the puppy is taught to eliminate on newspaper when it is indoors. This can be done by relocatinng the dog onto the newspaper every time that it begins to eliminate indoors, and praising him when he responds correctly. In addition, the dog should be taken outside during regular intervals to eliminate. A command can be added such as "go potty", and treats are great rewards to reinforce correct behavior and should immediately follow the behavior. Eliminate the newspaper indoors as soon as possible and only allow elimination outdoors.

The second and newer method, called crate training, is a good alternative to paper training for puppies that are prone to destructiveness and who will accept being confined. Crate training involves conditioning the puppy to "hold it" while in the crate, and only eliminate when let outdoors. This can be taught by confining the puppy to a crate when you are not at home or cannot watch him (puppies should not be crated for more than 3 to 4 hours at a time). Immediately upon allowing the puppy out of the crate, let him outside and follow the guidelines above for rewarding correct behavior. This method tends to be much more effective as the puppy is never allowed, except for a few normal mistakes, to eliminate in the house. Keep in mind though that the crate should not be overused, because bonding cannot occur when the puppy is crated.

By Jennifer Jones from "Pick of the Litter" Dog Training and Behavior Counseling Kent, WA, USA.