Ronan Marrion reveals how an inflated property market and a shortage of suitable housing is preventing more older people from downsizing. 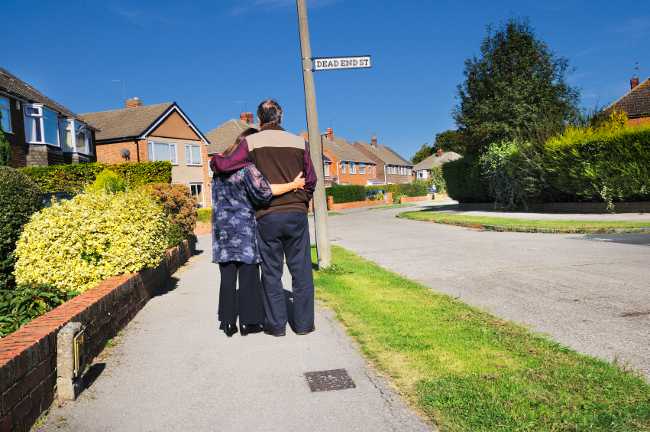 This time last year, house hunters were learning to cope with the Mortgage Market Review (MMR). Its strict rules, especially on “affordability”, had many struggling to get a loan.

Those problems have eased. Lenders are showing a more common sense approach and many borrowers have discovered the benefits of an Independent Financial Adviser (IFA) to get the deal done.

Last year the main obstacle to your house purchase was getting that mortgage. Not anymore. The mortgages are out there, and at record-low interest rates.

What can possibly go wrong when you have a mortgage in place? The simple answer is … “finding a property to buy!”

Chancellor George Osborne, when the Coalition was in power, claimed he had ended a system that had “distorted the housing market for decades” in last year’s autumn statement.

Osborne was referring to his stamp-duty reforms, which smoothed out the dramatic increases in stamp duty at certain levels – 1% for a £250,000 property, rising immediately to 3% once that quarter of a million pound barrier was breached. But it has failed to get the property market moving.

There are several reasons for the shortage – an increasing population, not enough new houses being built, the cost of moving, an ageing population continuing to live in properties that used to house their families and, interestingly, people hanging onto their current property, especially in London, when buying a new home.

Those are the reasons, but what are the solutions?

One suggested by Lynda Blackwell, head of mortgages at the Financial Conduct Authority (FCA), grabbed the headlines recently.

“We’ve got a big supply issue in this country. There’s lots of questions about whether it is right that the Government should focus on the first-time buyer when we’ve got a real issue with the last-time buyer.

“There’s older borrowers who basically pay off their mortgages and sit very happily in a very big house.”

Her words brought angry headlines and an instant reaction from Saga, the over 50s specialists, and Age UK.

Saga said: “In the UK we really do face a housing crisis. However, setting the generations against each other or talking about ‘tackling older homeowners’ is not just unhelpful, it’s insulting.”

In this case it would be unwise to shoot the messenger. It’s not only the cost of downsizing that puts off many of the older generation from moving; there is also the shortage of suitable housing.

There is little doubt that the UK has lost the habit of building houses. In the decades after World War II, Britain annually built around 300,000. In 2005, the Barker Review of Housing Supply recommended that 250,000 new houses a year were needed to prevent spiralling house prices and a shortage of affordable homes.

Last year the incoming Governor of the Bank of England, Mark Carney, pointed out that his native Canada had half the population of the UK and built twice as many houses.

The housing demand shows no sign of abating, not least because the UK’s population is rising fast. It reached 55 million in 1968 and took another 37 years (2005) before passing the 60-million mark. It is expected to reach 65 million this year, just a decade later.

The public sector is in just as much of a mess as the private sector. The Department for Communities and Local Governments had produced a report on the right-to-buy scheme. Of the 166 councils that have sold properties since 2012, a third of them have not replaced a single home.

Only one council in a dozen have built enough to replace half its original stock; and only two (out of the 166) replaced more than was sold. Basically, one home has been built for every nine sold.

The FCA’s Blackwell may have taken more than her fair share of stick, but this housing shortage (crisis) needs to be highlighted and placed much higher up on the Conservative government’s agenda.

Even a dramatic increase in the number of new houses being built – and that will take time - would only be part of the solution. We seem to have got out of the habit of moving, for a variety of reasons.

In 1986, according to Hometrack, nearly 12% of private homes changed ownership. Currently, it’s about 5% - meaning on average we move once every 20 years.

There is one benefit. What those figures also mean is a serious reduction in the “chain” – the property-buying nightmare scenario when your move was dependant on several other completions all working out without a mishap at the same time.

Hometrack revealed that currently 45% of homebuyers have nothing to sell; either they have been renting or are holding onto their old property as an investment.

The “chain” statistics apart, there is very little that will be resolved soon in this country’s housing shortage problems, even with government intervention.

This article is reproduced courtesy of Worldwide Financial Planning.