The social factor of living in a retirement development

Retirement communities can help beat social isolation among older people and also provide a renewed sense of belonging and self esteem for residents. 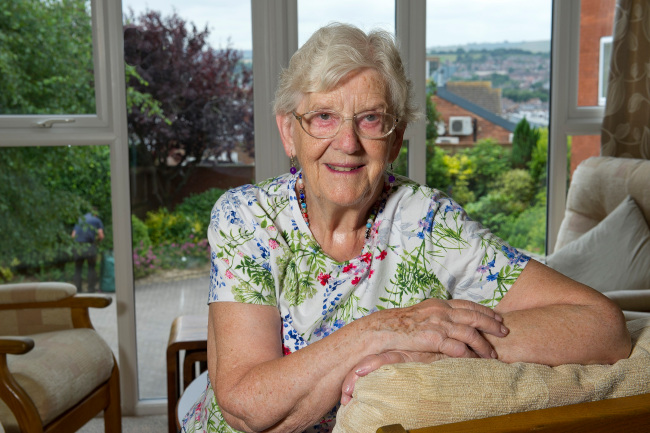 One of the great things about living in a retirement community is the social aspect. There are other residents of similar ages you can socialise with if you wish. For single people especially this is often really appreciated.

Many developments have communal areas, including gardens and lounges where people can have a natter over a cup of tea or coffee. Many also organise activities and events, as well as outings to local attractions and restaurants.

While retirement developments are all about independent living, and we’re not suggesting everyone must socialise if they don’t want to, at Girlings Retirement Rentals we find that the social factor is a big attraction for many people, when considering moving to a retirement community.

But why should this be important? Well, we know that being sociable is good for people of all ages, but it’s particularly good for older people. A study earlier this year found that interacting with people is shown to keep older adults more active and improve their wellbeing.

The study by the University of Texas in the USA found that participants who interacted more with family members and close friends, as well as acquaintances, casual friends, service providers and strangers were more likely to have higher levels of physical activity, less time spent sitting or lying around, greater positive moods and fewer negative feelings.

Being social can also help prevent loneliness. Older people can be more vulnerable to being lonely, as they no longer have their work networks and family may not live close by.

Some may also have lost their partners and find themselves single for the first time in a long time. Learning how to socialise again can be hard.

Research shows that lacking social connections is as damaging to our health as smoking 15 cigarettes a day. Social networks and friendships not only have an impact on reducing the risk of mortality or developing certain diseases, but they also help individuals to recover when they do fall ill.

NHS England also recognises that being more sociable can impact health. The number of specially trained ‘social prescribers’ is set to increase under NHS England plans, with more than 1,000 recruited by 2020-21.

They will prescribe social activities, like exercise groups and art classes, to GP patients who don't need pills and help patients find suitable community activities to improve their health and wellbeing.

So it’s pretty clear socialising is good for us and living in a retirement community can be a real lifeline for older people.

One Girlings resident, who is certainly enjoying the social aspect of living in a retirement development, is Annette Setterfield who is 83 years old. She lives in an apartment at Homecourt House in Exeter.

She had previously lived in Exeter up until the 1980s when she moved to Sheffield with her husband. When Annette’s husband died nine years ago she had no family left in Sheffield, as her son had moved to Australia, so she decided to relocate with her cat, Sweep, back down to Exeter. Her two daughters live in Exeter and it made sense to be nearer to them and her 10 grandchildren.

She came across Girlings through an internet search and after getting her granddaughter to check out the apartment, moved in five weeks later.

Annette says, “I really like living here as the flat is easy to look after and I’m very close to the shops and my church, which is great. I especially enjoy the lovely views and the fact the flat is not overlooked at all.”

Annette enjoys socialising and often spends time in the communal lounge and gardens with other residents. They enjoy regular coffee mornings and sometimes even have these to raise money for charity. She also likes to keep active, and is a member of both an indoor bowling group and golf group.

Annette says, “I also make jewellery for my church fund and I’ve recently taken up knitting again. We now have a ‘knit and natter’ group that meet on Wednesdays in the lounge which we all thoroughly enjoy!”

Do you think the social side of renting in a retirement development would suit you?