Lesley Close recalls her brother's decision to choose an assisted death at the Dignitas Clinic in Switzerland and why she supported him. 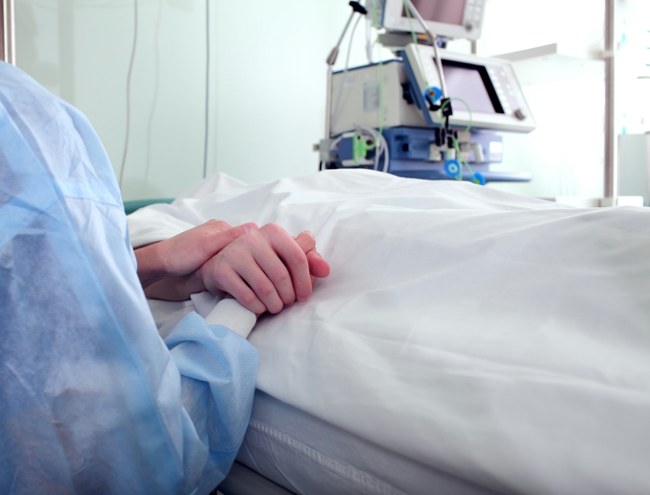 In May 2003 Lesley Close accompanied her brother, who had advanced Motor Neurone Disease, to Switzerland where he chose an assisted death with the help of the Dignitas Clinic. Here she relates her experience and belief that there is a need for serious debate about the right to die for people with life-limiting illnesses.

In March 2001 my brother John Close was diagnosed with Motor Neurone Disease (MND) at the age of 53. He had a limp and some difficulty speaking and swallowing. Compared to many victims of what David Niven called ‘this bloody awful disease’, John’s decline was slow.

John was prepared for every diminution of his abilities before I became aware of it. His mobility progressed from using a walking stick at diagnosis to having a Zimmer frame by late summer 2001 and he was a full-time wheelchair user by spring 2002. Similarly, his speech went from difficult to understand in spring 2001 through being garbled by autumn 2001 to just a series of aspirations coupled with extraordinary facial expressions by summer 2002. He tried using a Lightwriter but, being very tech-savvy and somewhat impatient, he preferred to use a machine with a display I could read quickly.

By Christmas 2002, John needed full-time care. It’s easier to tell you what he could do at that point than to list what had been taken away from him: he could still wipe his own bottom (provided he used his non-dominant, left hand) and he was able to type (slowly) with the fingers of that same hand. Yes – that’s the end of the list. In contrast, his mental capacity was fully intact and he was the same funny creative person he had always been.

I immediately understood why John wanted an assisted suicide – it allowed him to choose a death which was guaranteed to be peaceful and dignified.

It was that massive difference between the life of the mind and the life of the body that dismayed John most about the prospect of letting MND take its natural course to end his life. He didn’t want to become what a Christian friend who was diagnosed with MND just under a year after John called being ‘a living head on a dead body’. John didn’t want to live if he was unable to communicate anything that was going on inside his mind – and there was a lot going on there!

In January 2003 John saw a BBC News item about Reg Crew’s trip to Dignitas. He showed me the web story and, after I had read it, typed That’s how I’d like to go when my time comes. I immediately understood why John wanted an assisted suicide – it allowed him to choose a death which was guaranteed to be peaceful and dignified.

Opponents of assisted dying with whom I have debated the subject have often suggested that I should have put a stop to John’s ambition, that I should not have facilitated his journey to Switzerland. My response is to ask what John would have gained if I had selfishly insisted that he continue suffering until MND ended his life?

Knowing that he would be in control of his death was a tremendous source of comfort for John. Indeed at a stage when MND had almost totally eroded his dignity, knowing he would have that control gave some dignity back to him. Because I was with John as he died I too have lasting comfort: I know he didn’t suffer and I have an abiding memory of him smiling, just minutes before his life ended. John’s death was sad but my grief at losing him was tempered by the control he had over the way he died.

Getting to Switzerland wasn’t easy, partly because (understandably) the kind and compassionate people at Dignitas don’t rush things. But on Monday 26th May 2003, a public holiday in the UK, we took an early morning EasyJet flight to Zurich. After completing some further paperwork in the Dignitas office, John was taken in to the consulting room of the doctor who had reviewed his application for assistance to die. The two men were alone to start with and, when I was asked to join them, the doctor asked me about John’s medical history. He also asked about John’s family left at home (there was only our mother, and John didn’t have any children) and he made sure that I understood what John was about to do.

My main duty as a doctor is to preserve life but, here in Switzerland I have an extra duty. I will perform that duty for you, Mr Close, and write the prescription to help you die.

And then the doctor said something everyone who opposes assisted dying should consider as they relate to a doctor’s duty towards alleviating a patient’s suffering. He said: My main duty as a doctor is to preserve life but, here in Switzerland I have an extra duty. I will perform that duty for you, Mr Close, and write the prescription to help you die. And with that he left the room. The silence which fell wasn’t just due to John’s lack of speech – it was the expression of a profound sense that the end of John’s suffering was not far away now...

In fact, John died a couple of hours later and a few miles away in central Zurich. Because he was weak and tired, I helped him to connect the drug-filled syringe to his PEG feeding tube. After saying our goodbyes, John pressed the plunger and the massive dose of barbiturates went straight in to his stomach. I held his hand as the drug took effect and he fell into a deep sleep. Unconsciousness soon followed and, after twenty minutes, John achieved the peaceful and dignified death he wanted.

But the fact that John’s death took place in Switzerland meant that I did not feel peaceful. The first language of everyone we dealt with was not English, our frail and elderly mother could not be with her son for she too was a wheelchair user and, above all, as a newly bereaved person I was adrift in a foreign city.

If medically assisted dying, such as the provision which now exists for over 85 million people in Oregon, Washington, California and Canada, had existed in the UK in 2003 John might have lived for a few weeks longer. Only weeks, though, as his body was failing fast and he was in danger of having a crystal-clear intellect with no means of expressing himself.

I wish John had been able to die that same peaceful and dignified death at home, at sunset and after his own GP had written the prescription. That GP, Eric Rose, spoke to the BMA a few weeks after John’s death and said that knowing John had changed his opinion about assisted dying.

In North America, more people now have the right to ask for an assisted death than live in the whole of the United Kingdom. I believe it is time that politicians stopped pussy-footing around this issue: Dignitas is a marvellous organisation, but we should not be exporting the problem of assisted dying to another country.

Lesley Mary Close is the author of two conventionally published non-fiction books and chair/editor-in-chief of a self-published creative writing group. When her job as an administrator in an engineering company was made redundant in November 2016, she invested some of her payoff in a training course to be a funeral celebrant. With the entirely new outlook on life that course gave her, Lesley looks forward to working for herself in the service of others until she is way past retirement age!

This content was first published on Final Choices and is reproduced here with permission.