Half of unpaid carers are providing care out of guilt

New research shows families are struggling to confront care needs and guilt is at the root of their decision making. 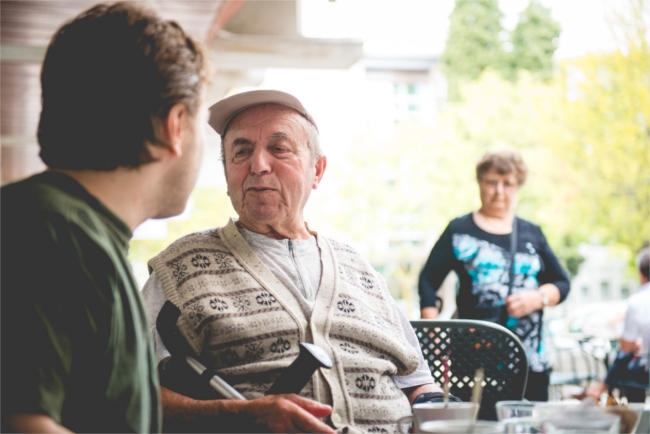 Arguments around social care and care funding - the so-called Dementia Tax - have been a key battleground of General Election 2017, but political sparring has failed to offer any real assurance or prospect of improvement for the millions of people whose care needs are at stake.

Nearly half (46%) of adults who currently provide care for a family member say a main reason for doing so is guilt. This outnumbers the 31% who say that unpaid care is provided within the family because they believe they cannot afford to pay for professional care.

Research findings by homecare provider Prestige Nursing + Care come as the number of older people requiring unpaid care is expected to rise by more than one million by 2035, from 2.2 million in 2015 to 3.5 million*, placing a huge amount of pressure on unpaid or informal carers – who are already more than two and a half times as likely to suffer from stress than paid carers.*

People torn over the desire to be cared for by family

Half of people who are currently receiving care (50%) feel their choice of care services was compromised by guilt or emotional distress. Almost one in four people (24%) receiving care experienced tension and resentment within their family when decisions were made, while almost one in three (30%) felt like a burden during the care decision-making process.

The findings suggest a sense of guilt may be clouding families’ decisions and adding to the pressures they face when making care arrangements. These pressures are exacerbated by the lack of preparation and widespread discomfort about discussing care support within the family.

Two in five (42%) people who expect to need care within the next 10 years would in fact be happy if a family member refused to provide care and left them needing professional help. One in three (32%) would welcome being cared for by someone with professional training and skills, provided this was in the home environment, with 42% of those surveyed happy to be supported by a carer at home.

Moving away from the home to receive care was viewed less favourably: given a choice, just 20% of people would opt for sheltered accommodation or retirement housing, and just 6% would prefer to move into a residential care home.

“The sense of guilt and obligation surrounding how to provide care for a loved one, compounded with a complicated system and lack of saving, means that many people end up as unpaid carers, even when this may not necessarily be the most suitable type of care required," said Jonathan Bruce, Managing Director of Prestige.

"We now see over 2 million carers aged over 65**, many with their own health concerns, who feel there is little option but to provide care themselves. This is not a sustainable or fair model for the future of caring for many of the most vulnerable people in our society.

“Emotional and financial pressures can easily build resentment within families and leave the vulnerable feeling like a burden – which is a bad outcome for all concerned – and contributes to a growing reliance on unpaid carers. The additional stress this places on family members who take on a caring role, and may lack the support they need in this situation, can also have a hugely negative impact. Having an open and honest conversation with the whole family before the need for care arises is the best way to avoid any added strain.”

Prestige’s research also shows nearly half (48%) of people in care or with a close family member in care feel their choice was handicapped by a lack of understanding about their care options.

Among those who expect to need care either for themselves or a close family member within the next ten years, only one in three (33%) say they would know how to arrange care support.

Almost a quarter of adults (25%) were not aware of financial support available, such as the Carer’s Allowance – which could reduce some of the pressures on informal carers –  and 57% did not know how much the allowance was worth (£62.10 per week).

Just 16% who have been through the process of finding care said they planned it in advance and found it very straightforward: leaving recipients of social care experiencing various degrees of practical and emotional difficulty with their decision.

“As more people require care in the years to come we need to consider how this demand will be met," Mr Bruce added. "The crushing reality is that more carers are needed to tackle this demand but an-ever growing reliance on unpaid carers and family members is not a sustainable answer and even causes economic damage to society.*** We need to recruit more carers to meet demand from an  ageing population  to avoid a huge shortfall in future.

“The current social care model is patently broken – home care and residential care both have a crucial role to play in reducing the burden on the NHS but greater awareness about accessing, and then providing, this care is clearly required. And this must involve a more proactive discussion with the person receiving the care, and their family.”

* Future of an Ageing Population – Government Office for Science