My Marriage Is SO Boring

The children have left home, June’s husband is working shifts. He never plans an outing and they have no friends. June‘s lonely and fed-up - and needs your help. 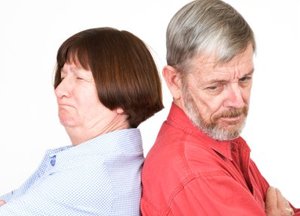 I am in my early fifties, have been married for more than 30 years and we have two grown-up children. My husband is a good and kind man and a brilliant father and I still love him.  But we have no friends.  Those we used to have, have moved away now.  We just exchange Christmas cards.  And although we are now free of responsibility, have no ties and after years of struggling, we have more money to spend than at any other time in our lives, we don’t go out, unless I plan an outing and never take holidays or go anywhere we can meet new people. We are both quite friendly but we have no opportunity to make new friends now, and of course this is even harder at this stage in our lives.

My husband was made redundant earlier this year and he was out of work for four months.  Things were hard then and he has found a job but it involves shift work.  Companies do not want to employ the over-fifties so although this job isn't ideal we felt that he had no choice but to accept it. I work too, but as he’s working shifts, I’m often alone and very lonely.  Even when we were both working Monday to Friday and had weekends together when we could have gone out, we very rarely did.

When he started this new job, I told him we ought to use the enforced change in our life-style as an opportunity to make some radical life-style changes. I explained how I felt and told him I wanted more out of life. I suggested that because of his shift work, we should plan ahead to socialise and do more.  He agreed, but of course it has not happened. I have tried talking to him about the situation many times, but I end up doing all the talking and he just listens, agrees with me and then does nothing about it. I wonder if he really takes in what I am saying.

I don't know whether he considers my attempts to tell him why I’m so unhappy as a personal attack, but because he is totally happy just being at hone with me, he can't understand why being alone with him constantly is not enough for me. He has always found it hard taking about things or telling me how he feels. He says that unless he has got a solution for something, there is no point discussing it.

I think that unless we talk about it, how are things ever going to change. I don't know what else to do. Surely there’s more to life than going to work and going home. I dread to think what it will be like when we retire. I fear that when that time comes, we won't leave the house at all.

Sometimes I feel quite embarrassed at work. On Fridays people talk about what they have planned for the weekend.  All my colleagues always seem to be doing something.  Often on Monday morning, I feel like making up stories about things we’ve done at the weekend and pretending I had a good time.  How sad is that?

I don't think it is abnormal to want some fun and excitement out of life. I feel as though I’m stuck in a rut, waiting for my life to begin! I don't know where to go from here. I am certainly not considering separating or leaving him.  I just wish he would listen to what I‘m saying and occasionally plan an outing or surprise me with a weekend away.

I suppose I could just accept that if I want to go out, I will always have to be the one who arranges it, but I want more than that.  I want some fun and excitement and surprises like other people seem to have.  I am hoping that someone out there might have some ideas?

I understand exactly what you are saying. It is so, so easy to get stuck in a rut. Men do tend to leave all the arrangements to us women - my own husband does just that.

Why not book a weekend break as a surprise gift. You must know his work schedule and even shift workers get time off. There are some great deals around at the moment. Go somewhere exciting like Paris (on Eurostar) or Barcelona for a couple of nights. You could buy the tickets, tuck them into a sexy card and put them under his dinner plate 'inviting' him on a 'date'. Then get him talking about what he'd like to do at your exotic destination.

Do you have any friends at work you might invite over with their husbands - or plan a meal in a foursome? If your husband is working odd hours, take up a new hobby in your newly found 'free' time. Go to evening school to do something you've always wanted to. Perhaps learn to paint, or try salsa dancing (you don't need a partner for that) or find a bridge class.

If you make friends, you can introduce them to your husband by arranging to meet up afterwards with their spouses. I agree that the world is an exciting place. When the children leave home, the world can feel very lonely but let me assure you that I know dozens of women who find themselves in your situation.

Arrange theatre or concert tickets on a Saturday night - and tell him after you've done it. I'm afraid that it is up to you to re-invent your life to the life you want to live. Good luck and let me know what happens.