Banking on the future

Are you better off now than before the banking crisis of 2008 that started the worst recession since the Great Depression? 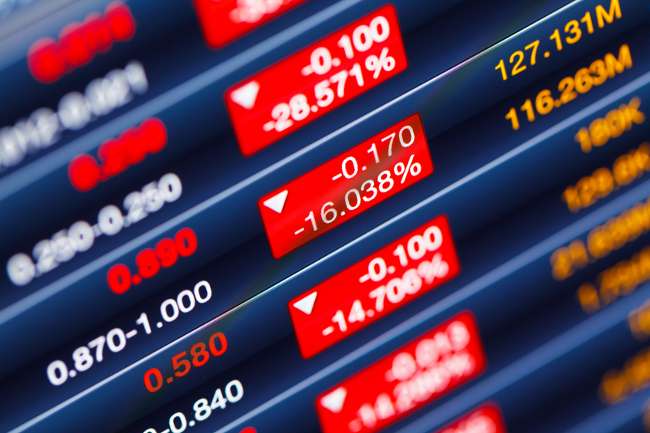 The answer will probably depend on your age, what sort of job you do, where you live and whether you own property. For those property owners who have remained in employment, the answer is probably “yes”.

As a country, the UK has recovered better than most; others, like Greece, are still suffering the painful austerity medicine that is the price of being bailed out with billions of Euros.

Just how close Greece came to crashing out of the euro and the European Community, we will probably find out in the years ahead. Many predict that if the UK votes to leave next month, it could undermine the EU’s future as much as the Greek crisis nearly did.

If there is a worry about the European Referendum it is that our politicians, current and past, can talk about little else at the moment; running the country seems to have been put on hold.

At least there was some future legislation announced in the Queen’s Speech, the 65th of her reign! (1)

The new Pensions Bill will provide stricter supervision of so-called “master trust” schemes by the regulator. Having blazed a path to workplace pensions, there are worries that many schemes are unregulated and workers could lose their money.

A BBC investigation earlier in the year into “master trust” schemes found that many were too small to survive and around 1/4 million investors were at risk.

Only nine of these schemes were listed on the Pensions Regulator’s (TPR) website – although 72 are in operation! Also, the TPR currently has no responsibility for approving or checking that the trust schemes claims are accurate. (1)

The new bill will give the TPR greater power to authorize schemes and to act where and when necessary. The “master trusts” will need to show that they meet a new stricter criteria.

Lesley Titcomb, chief executive of the TPR, said: “We have voiced concerns for some time about the need for stronger legislative standards for master trusts and have worked with government and other regulators to improve levels of protection for members.

“We have been calling for a significantly higher bar regarding authorization and supervision, and we are pleased that today’s announcement proposes to give us the power to implement these safeguards.”(1)

The bill should also help those attempting to withdraw money early from their pension funds and find themselves facing hefty fees. Data from the Financial Conduct Authority (FCA) shows that 700,000 could face these early exit charges. (1)

The charges are now to be capped – but there is no detail at what level!

Individuals had been hoping that our banks, which have had a torrid time since 2008, would face new legislation regarding the way customers are hit hard financially when going into the “red” – overdraft territory.

It was expected that the Competition and Markets Authority (CMA), after an 18-month investigation (at a cost of £5m) into the bank’s current account market (worth around £16 billion a year), would take action. (2)

It has. Banks will be forced to cap penalties for unarranged overdrafts, to send customers text alerts if they are in danger of falling into the red and to fund a new comparison tool to help customers find the best accounts.

Unfortunately, the CMA has decided to allow the banks to set their own caps, so they can still charge what they want – the unarranged overdraft business was worth £1.2bn in 2014.

It is claimed that some banks have been charging higher interest rates for those breaking agreed borrowing rates than payday lenders.

The CMA’s proposals have not gone dowe well. One executive from the consumer group “Which” said: “After 18 months, this inquiry achieved little more than to propose basic information measures that the banks should have introduced years ago. (2)

“Steps to stimulate switching are welcome, but the chance to deliver better banking for all consumers has been missed.”

Another recommendation by the CMA is that banks share our current account details and records with other banks and price comparison sites. The CMA’s rationale is that such sharing will help customers get better deals. (3)

They claim that someone whose banking history shows they regularly dip into the red would be directed to accounts that don’t hit them with such huge fees for going overdrawn!

Many feel that our banks already have too much personal information on us!

If there is a European worry about our banks it’s that they are still some way behind their European counterparts (rivals) in recovering from the 2008 financial crisis.

Analysis by the Financial Times showed that the UK’s five biggest banks in 2015 were still 63% below the profits levels of the highs of 2007, compared with the top European banks that were 34% lower. (4)

The British banks have been hit very hard for their “bad” behaviour, before and during the recession; the provision for miss-selling Payment Protection Insurance (PPI) alone is £31bn.

And, ultimately, guess who’s paying for that! Maybe the banks need us more than we need them.