Thousands of men suffer with sexual performance anxiety. Here Robert Filewich and Ken Rosenberg answer questions on why it happens and how to overcome it. 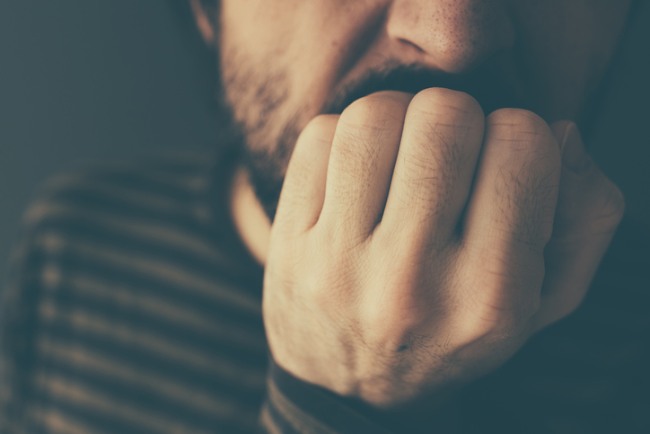 Sexual performance anxiety is a condition that can affect men at any stage of life. It can be a symptom of stress, past trauma or low self-esteem.

Below, clinical psychologist Dr. Robert J. Filewich, a specialist in anxiety disorders, and psychiatrist Dr. Ken Rosenberg, an expert in sexual disorders, give you the low down on how to keep it up.

Q: What is performance anxiety?

ROBERT J. FILEWICH, PhD: Performance anxiety, in sexual terms and with sexual problems, is when a person has an anticipation of some sort of problem occurring in the sexual act. As a consequence, they develop a sense of anxiety, which translates into an inability to become erect or an inability to have sex for a certain duration before they achieve orgasm, or premature ejaculation.

Q: Why does it happen?

KEN ROSENBERG, MD: We were not made to be anxious and have sex at the same time. When we're anxious, we're not ready to have intercourse. Our plumbing does not work when we become anxious, and therefore when we're extremely anxious we just can't perform very well sexually. ROBERT J. FILEWICH, PhD: And the anxiety is usually fear-based. It's the fear of being rejected, fear of disappointing a partner.

Q: How does performance anxiety manifest itself?

ROBERT J. FILEWICH, PhD: There are a few ways it can happen. You can get erect, and as you're about to have sex, you lose your erection, or maybe you're actually in the process of having intercourse and you lose the erection, or perhaps you don't get erect at all. Usually what happens is that the person is focusing on the orgasm, and not really focusing on all the rest of what goes on in the sexual encounter. As therapists, we try to get the person to focus more on the relationship and the sensory experiences that they're having as opposed to the final goal - focus on the process rather than the product.

KEN ROSENBERG, MD: Of course. It is not often called performance anxiety for women. It more characteristically is called anorgasmia, or the inability to have an orgasm, or vaginismus, the inability to allow the penis -- or the finger, for that matter -- to enter the vagina because a woman is so anxious that her vaginal muscles are contracting. So for women, anxiety certainly plays a role, and behavioral techniques and medicines and couples therapy and all sorts of therapies could be of enormous benefit for women as well as for men.

Q: What are some treatments for performance anxiety in men?

ROBERT J. FILEWICH, PhD: There are a multitude of different treatments. One of the treatments that was developed some time ago by Masters and Johnson is what is known as a sensate focus technique. Through a series of four stages, a person begins to learn to stop focusing on the orgasm, and stop worrying about whether or not he or she can provide the partner with the opportunity to achieve orgasm, and start focusing more on what the sensory stimulation is like, what it feels like to actually enjoy being stimulated. They learn to enjoy the ways in which they can pleasure each other, and it takes the focus off of what's happening at the end. So you'll start off with a stage where you'll keep your clothes on, and you'll actually just go ahead and touch each other and communicate with each other. Once you're doing that for a while and you're comfortable with that, you'll move to the second stage.

The idea is that if you're with your partner a good number of times without the expectation of orgasm, then the whole experience now starts to take on a completely different flavor. You're now realizing that there's so much more that's going on in terms of you and your partner than orgasm, and orgasm becomes less important. When it becomes less important, you're not going to be thinking about performance. You're going to be thinking about other things, and you're going to actually enjoy the experience, which will result in arousal.

KEN ROSENBERG, MD: In fact, the first homework assignment that we give our patients is, "You can't even have an orgasm. Erection is not the goal." You encourage the person to avoid thinking about that.

We even encourage them to think of it as a violation of their homework assignment to have an orgasm. So with that pressure gone, hopefully they begin to enjoy sex and not worry if they are going to have an orgasm.

ROBERT J. FILEWICH, PhD: At that point they'll move to the second stage where they'll be caressing and touching and communicating without clothes. The third stage is actually being inside your partner but not thrusting, and the last stage is actually thrusting. But the focus is on the sensations. That's why they call it "sensate focus."

Q: Some men are concerned that they're unable to have an orgasm during oral sex. Does this constitute performance anxiety?

ROBERT J. FILEWICH, PhD: But communication is the most important thing. A woman may feel that because she can't give him an orgasm orally, that there's something wrong with her. He just may not have the certain sensory nerve endings that accommodate it, so it could be a physical thing for him. Then the issue between that couple becomes, "Is this a problem, and why is it a problem, and how can the two of you as a couple compromise and deal with this because he's not into it and you're into it." That's a really infrequent problem, by the way.

Q: Some men have the opposite problem with oral sex. They ejaculate too soon. What can be done about that?

KEN ROSENBERG, MD: Premature ejaculation happens a lot for men who have extremely high testosterone levels or are extremely sexual, and one of the things that you say to such a patient is, "I understand it's a problem, but understand, you're a very macho guy. You have a high sex drive," and that sort of helps, then, as well.